Unless you are a disciple of Samsung or Apple, buying a new smartphone is a tricky business. You want all of the features but, ideally, not so much of the price tag. The chaps at Mediacom believe they have a plan. KitGuru captures their thoughts.

Smartphones took ages to gain a foothold through early models like the Nokia Communicator, the XDA and Blackberry’s initial efforts.

With processing power moving past the 1GHz level, screens offering HD/touch capability and batteries increasing the available juice to the point where advanced multimedia features can be used for extended periods of time, smartphones broke through the barriers and, today, they are most people’s first choice for mobile communication. 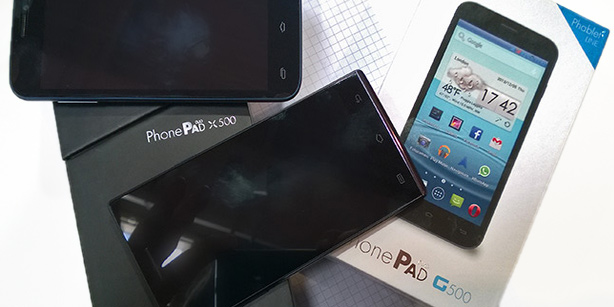 But what happens when you have a problem?   When you lose your phone or damage it in a significant way?

Sure, like any good dealer, your first contract phone hit is free, but – without expensive insurance – a replacement handset can cost you £300 or more.

This is one of the markets which Italy-based Mediacom believes it can attack.

KitGuru caught up with Mediacom’s European sales guru, Andrea Di Giovanni at CeBIT 2014 and he gave us a glimpse of his new smartphone models.

KitGuru says: According to Andrea, these phones are fully featured and – on average – will cost half as much as a similar top brand model from Samsung or Apple. If they can get the sales channel right, then an affordable replacement handset could do well.