Intel Corp. has decided to speed up introduction of its next-generation microprocessors and platforms designed for enthusiasts who demand maximum performance. The new Core i7 Extreme “Haswell-E” chips along with Intel X99-based mainboards will be introduced at Computex Taipei 2014 in early June, several months before planned originally, according to sources with knowledge of Intel’s plans.

Intel’s “Haswell-E” central processing unit will be Intel’s first desktop processor to feature up to eight cores based on the Haswell micro-architecture with Hyper-Threading technology. The new chips will integrate 20MB of L3 cache, quad-channel DDR4 memory controller (2133MHz maximum clock-speed, up to one DIMM per channel), Turbo Boost 2 technology as well as 40 integrated PCI Express 3.0 lanes. The processor is made using 22nm process technology.

The new Core i7 “Haswell-E” 5000-series central processing units will be compatible with Intel X99 chipset as well as LGA2011-3 socket. The platform will be tailored for enthusiasts, so it will support very flexible tuning and overclocking capabilities, up to five devices in PCI Express 2.0/3.0 x8 mode (four graphics cards and one enthusiast-class solid-state drive in PCIe card form-factor), ten Serial ATA-6Gb/s ports, up to six USB 3.0 ports (14 USB ports in total), various Intel technologies like Rapid Storage, Rapid Recover and so on. 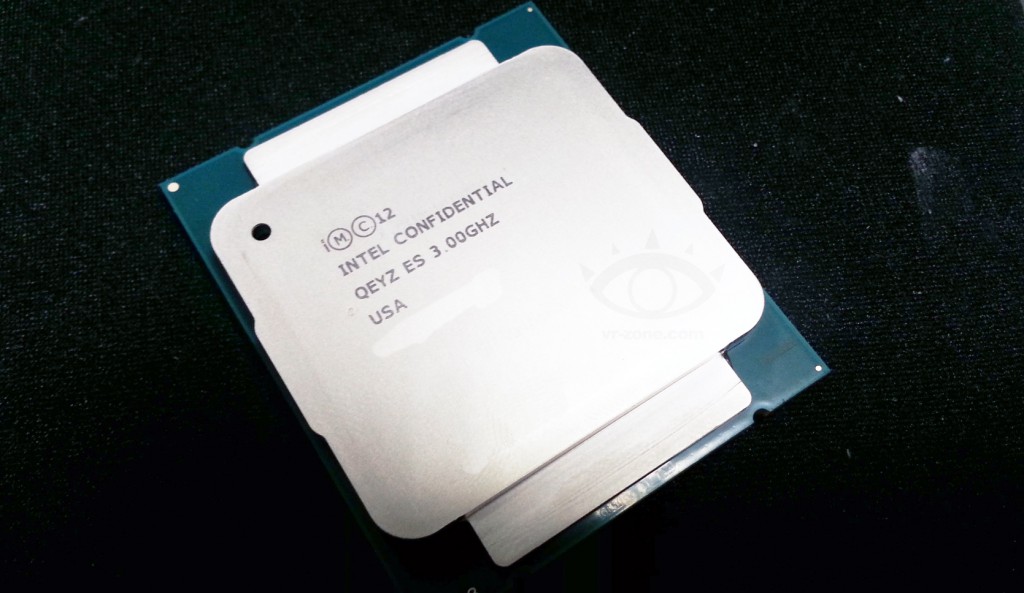 Previously it was believed that Intel will introduce the Core i7 “Haswell-E” 5000-series CPUs in the third quarter of 2014, in August or September. However, it looks like the company decided to speed up the things quite a bit: the new high-end desktop (HEDT) platform from Intel will be unveiled at Computex Taipei 2013 trade-show and will reach the market shortly after that.

The launch of the Core i7 “Haswell-E” microprocessor and Intel X99 “Wellsburg” core-logic will have a major influence on the market of PC hardware. In particular, makers of motherboards will introduce all-new mainboards based on the latest chipset and feature a bunch of innovations, such as new overclocking and tuning capabilities, Thunderbolt 2.0, 802.11ac Wi-Fi, advanced integrated audio and so on. Manufacturers of memory modules will have to roll-out their DDR4 memory sticks earlier than expected. Developers of cooling systems will also likely launch their new products in mid-2014. Finally, boutique PC makers will also have to unveil new systems featuring the new HEDT platform.
Intel did not comment on the news-story.

KitGuru Says: Given that the market of PCs remain to be slow, it is surprising to see Intel pulling-in HEDT introduction by a quarter. While the new flagship Core i7-5960X “Haswell-E” microprocessor will be rather unique, it will aimed at only a fraction of the market and will hardly bring a lot of revenue to the chip giant. Perhaps, Intel is shifting its attitude towards desktops in general?