Samsung brings the Galaxy M31 handset to the UK

Samsung announced that it is has launched a new affordable smartphone in the UK this week. Galaxy M31 is the company’s latest addition to the Galaxy M series platform and is equipped with a 64MP Quad Camera with a powerful 6000mAh battery and a Super AMOLED display.

Galaxy M31 is a cost-effective new handset from Samsung sporting some rich features that include a 64MP Quad Camera setup on the rear, capable of capturing stunning photos with a detailed depth and definition. The Quad Camera comprises of an 8MP Ultra-Wide lens with 123-degrees FOV, as well as two 5MP lenses – one Macro lens for close up images and a depth lens for capturing portraits with live focus. 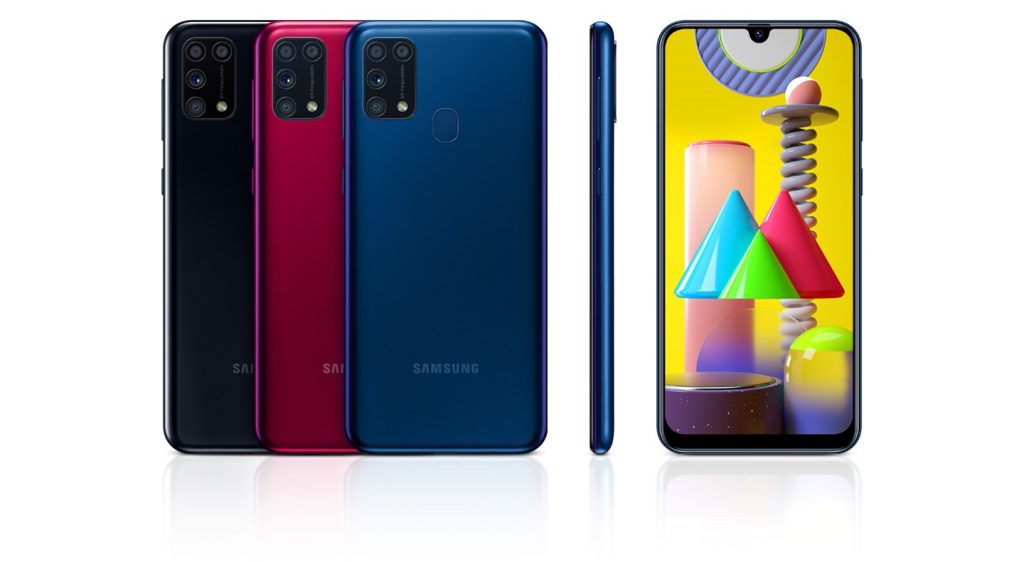 Samsung has equipped the Galaxy M31 with a stack of premium features such as a 6.4-inch Infinity-U Super AMOLED display with integrated Dolby ATMOS audio to provide users with a cinematic viewing experience. The M31 is also equipped with a powerful 6,000 mAh battery allowing users to stream, play and capture for longer periods without re-charging.

Galaxy M31 isn’t just about performance, it is also very stylish too with its curved corners and compact design measuring just 8.9mm thick and weighing in at 191 grams, meaning it is lightweight and easy to handle. The Galaxy M31 is outfitted with an Exynos 9611 2.3 GHz Octa-core processor, 6GB RAM, 64GB ROM which is expandable up to 512GB via a MicroSD card and it supports Nano Dual SIM.

The Samsung Galaxy M31 smartphone is available to purchase from Amazon UK priced at £245 and comes in three colours choices including blue, black and red.

KitGuru says: The new Samsung Galaxy M31 seems to offer some truly premium features inside an affordable smartphone handset. What do you guys think of this new Android smartphone from Samsung?