ASUS brings the world’s thinnest gaming laptop to the UK

ASUS unveiled its ROG Zephyrus S GX531GM gaming laptop at Gamescom in August, laying claim to the title of “world’s thinnest gaming laptop”. Taking to London, the firm provided a hands-on with the device, showcasing its improved processor, display and dimensions.

ASUS introduced it’s the Republic of Gamers (ROG) Zephyrus range in 2017, targeting the high-end gaming market with an Nvidia GTX 1080 Max-Q. While our resident laptop Guru Leo praised its “impressively thin and light” design, ASUS has managed to trim things back even further without sacrificing performance.

UK product manager Neil Reid emphasised on the ultra-thin chassis of the Zephyrus S, scaled back from the 16.9-17.9mm of its predecessor to just 14.95-15.75mm with a Unibody lid. This makes the Zephyrus S the world's thinnest gaming laptop to date, however the weight of the device is largely unaffected, seeing a slight decrease from 2.2kg to 2.1kg. The reduced size is particularly noticeable in the thinner bezels surrounding a crystal clear 15.6-inch FullHD display, bringing the Zephyrus line into 2018. Refresh rate has also been bolstered from 120Hz to a full 144Hz at 3ms response time. As you can see from the photo below, the AHVA panel allows for a wide range of viewing angles. 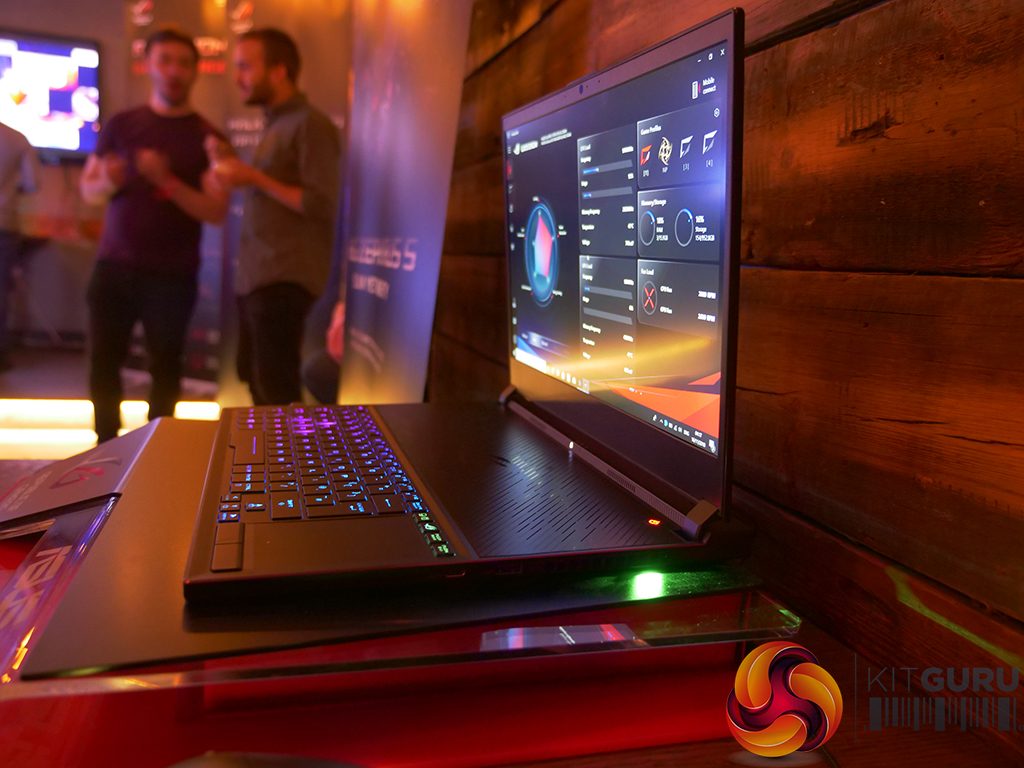 The keyboard layout returns, with ASUS doubling up its touchpad as a NUM pad. The keys themselves are once again pulled to the front of the chassis, featuring a reduced travel distance from 1.4mm to 1.2mm. 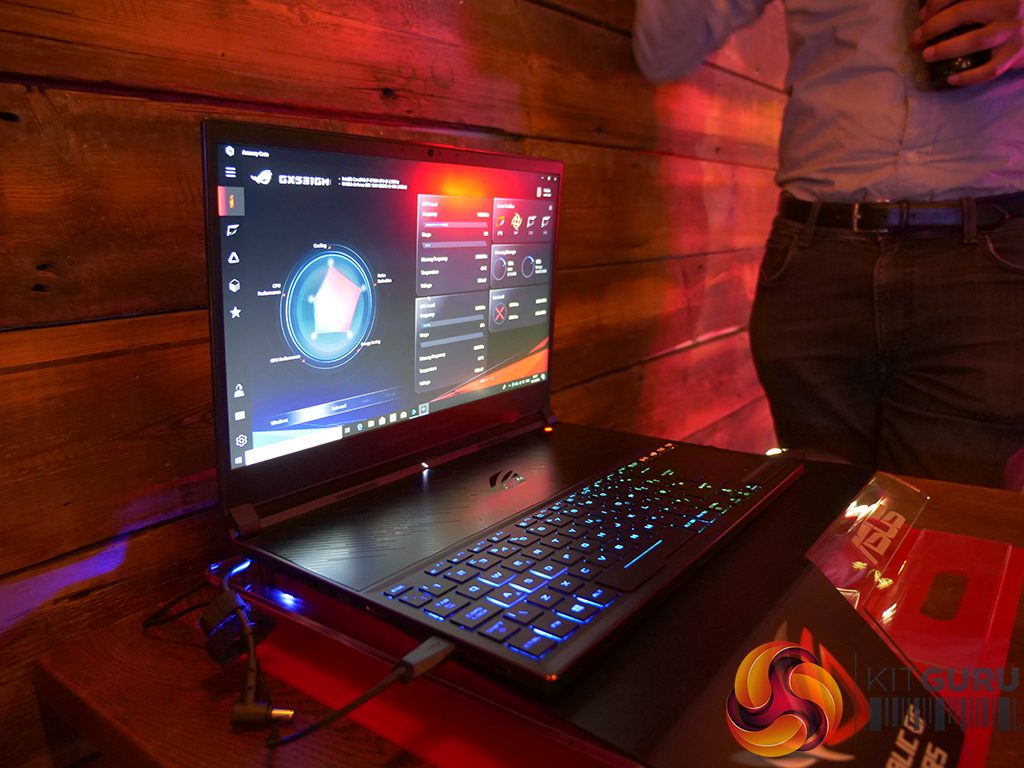 Overall, the Zephyrus S retains ASUS’ premium quality build with next to no sacrifice to performance over its predecessor. Power is maintained through the use of the firm’s ROG Active Aerodynamic System (AAS), enabling extra airflow via a 5mm slot when the lid is open. Operating is near silent even with AAS, not breaking a sweat for the entire 4-hour event.

ASUS faces tough competition in the gaming laptop market from the Razer Blade 15, setting customers back £1,979.99 for similar specifications. While the Zephyrus S starts with a slightly higher price tag of £1999.99, ASUS does include secondary SSD storage not found on its rival. The ASUS ROG Zephyrus S GX531GM is now available at OverclockersUK.

KitGuru Says: Choice in the gaming laptop scene is nothing short of overwhelming, but it seems like ASUS ROG range has it covered for most gamers. £2,000 is by no means a small amount of money, but the seemingly unwavering performance of the Zephyrus S in the thinnest chassis to date is sure to provide immersion on the go.