When Intel first started touting the concept of an Ultrabook, our imaginations were captivated. Computex that year was full of new ideas and concepts – mostly built around processors that would ultimately struggle to make their sales targets. The problem was price. But maybe that's changing.

You want the Core i7 processor.

At least 4GB of DDR3 memory and a screen that's bigger than 13 inches?

Now if you could put that in a stylish, brushed aluminium/magnesium chassis – so the whole product weighs just over 900 grams and charge me less than £600 – I'll take one.

That was the dream, but according to an offer on Amazon – it's real right now (albeit with limited stock).

.
KitGuru says: OK, we haven't tested it in the KitGuru Lab – but if we had £599 burning a hole in our pocket and needed to buy a laptop then, surely, this would be near the top of any shortlist – based on stated spec only. 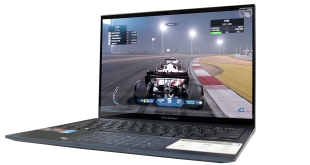