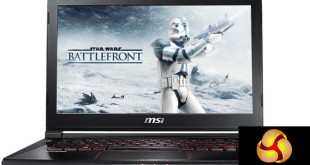 When we looked at MSI's GS40 6QF Phantom a few weeks ago we were impressed at just how much gaming power it was able to squeeze into a 1.6kg chassis. It managed to make the grueling Grand Theft Auto V and Tomb Raider both playable at the maximum possible quality settings afforded by its 3GB NVIDIA GTX970M graphics. However, we wanted to try it out with a brand new, highly popular game that's also very topical – Star Wars Battlefront. (review HERE)

As the movie Star Wars: The Force Awakens looks set to break all box office records, already making $1.3 billion at the time of writing, the Star Wars Battlefront game is doing well too. By the end of 2015, in just two months, it had racked up 12 million copies sold. Despite mixed reviews, it's already a big hit. 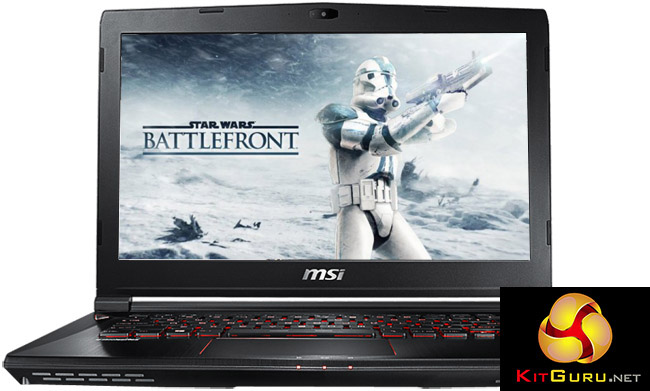 It's the biggest launch of any Star Wars-related game, and is also the fastest selling PlayStation 4 game. So let's see how the PC version performs on the MSI GS40 6QF Phantom, the specification of which can be seen below, but be sure to read our full review for the complete rundown. 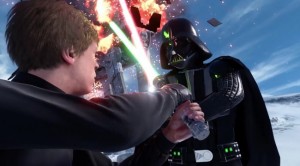