Today, Acer announced its new Swift X laptop series – a new range of thin and light laptops pairing AMD Ryzen 5000 series processors with Nvidia GeForce discrete graphics. While these laptops will have some power for gaming, they are primarily aimed at ‘creators' and appear to be designed as a good alternative to the MacBook Pro.

For CPUs, the Swift X laptop range will utilise Ryzen 5000 series mobile processors, up to the Ryzen 7 5800U, which packs a full 8 cores and 16 threads, as well as 16MB of L3 Cache and up to 4.4GHz boost clock speeds. For graphics, Acer is joining the growing list of laptop makers utilising Nvidia's new GeForce RTX 3050 Ti laptop GPU. All of that hardware is packed into a 17.9mm thin laptop casing. 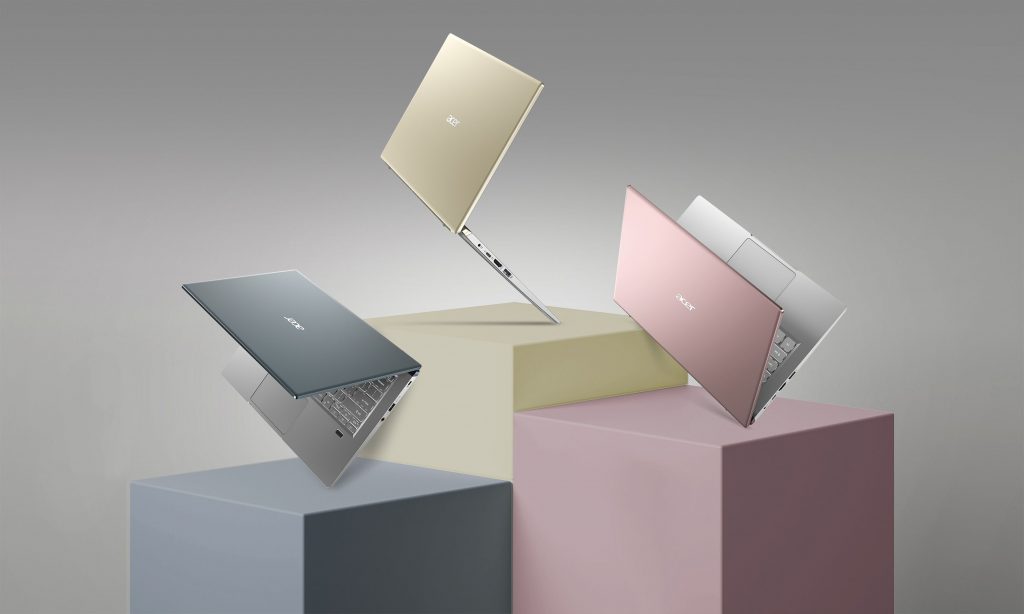 One area where thin and light laptops tend to struggle is in the cooling solution. To tackle this, Acer has fitted the Swift X with cooling solution that includes a fan with 59 blades measuring in at 0.3mm in thickness, as well as a pair of copper heat pipes to transfer heat away from the CPU and GPU. To improve cooling efficiency, there is an air inlet keyboard design, providing up to 10 percent more heat dissipation compared to a standard keyboard design. The laptop speakers have also been moved around to improve airflow by up to 10 percent.

The Swift X laptop features a 14-inch, 1080p IPS display with an 85.7 percent screen-to-body ratio and up to 300 nits of brightness. The display is also capable of displaying 100% of the sRGB colour gamut, making it ideal for creative tasks, such as photo or video editing. Battery life is rated as lasting up to 17 hours and the laptop can be charged back up using USB Type-C.

Other modern features you would expect include Wi-Fi 6 support, up to 2TB of SSD storage and fast-charging through the USB Type-C connector. The Acer Swift X will begin rolling out in the US in June, followed by European countries over the Summer. Prices will start at €899.

KitGuru Says: What do you all think of the new Acer Swift X laptop?