Acer, Asus and Lenovo to release ultra thin notebooks in 2011

Once again Apple are driving their competitors to release new products and our moles in Taipei told us last night that three big players, Asus, Acer and Lenovo are going to be releasing 13.3 inch super portable computers in 2011. This will be based around the Sandy Bridge platform.

We have no confirmed dates yet, but it looks as if this could happen in early Q2 2011.

Acer’s new ultra thin notebook is going to replace the TimelineX series but we have heard of no new names yet for the upcoming range. Asus are considering adopting a system system to Apple, which means ‘open cell assembly’. Panel makers only complete the cell part of the LCD module and then they ship the unfinished module to backlight unit divisions to finish the backend part of the LCD module assembly. This means that panels up to 3.5 mm thinner can be made. This is how the MacBook Air is developed and created.

We have no information on the Lenovo upcoming range, but they might also release a 14 inch version to target a different sector.

KitGuru says: More information here, as we get it leaked. 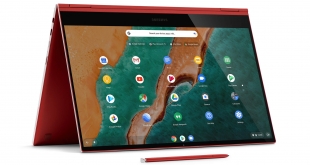 Chromebooks have been available on the market for almost 10 years. It was initially speculated …