The Sony Z Series arrives in a large brown box which is padded for protection. Inside, the primary black box with the laptop inside. Understated and elegant.

The bundle includes a high grade cleaning cloth, literature on the product, a quick start guide, and power adapter. The full user manual is installed on the machine itself. The power brick is small, and is rated at 19.5V, 3.3A. It gets warm, but never hot.

The Premium Carbon finish is a limited Edition extra, which adds a little to the overall cost of the machine. It looks beautiful however with a textured, subtle appearance under specific light. The entire machine is actually crafted from slices of carbon fibre. This Z series laptop feels very rigid and extremely light due to the choice of materials. It measures 17 mm thick and is even lighter than our MacBook Air, weighing 1.15 kg. It doesn’t feel as tough as the IBM ThinkPad X1, and a little care would be needed when traveling. Carbon Fibre is very strong, but the screen area of this machine in particular is wafer thin.

Due to the super slim dimensions, this latest version of the Sony Z series has no built in optical drive and relies on Intel HD 3000 graphics. Obviously we will look at the Power Media Dock shortly, which redresses both concerns and adds a docking station to the mix.

The front of the Sony Z series has an SD card reader and a Sony card reader (does anyone use flash Sony media anymore?). There are also wireless, battery and drive activity indicators at the far left. The left side of the Z series has cooling vents, a VGA connector and security lock. The right side has a headphone connector, Gigabit Lan, HDMI out, USB 2.0 and USB 3.0 ports and a power connector.

The chassis underneath is very neat, with two fan vents noticeable at the rear. The LAN port has a cover which slides down. The optional battery connects to the underside of the machine, we will look at this shortly in the review. The primary battery is built into the machine and not easily removable.

The Z Series really is beautiful to behold, with a super slim screen (this 33.2cm panel has been upgraded to 1920×1080, from 1600×900). Stickers on the right side highlight this, and the use of a high end Core i7 processor (Core i5 option is available at a lower cost).

Cramming 1920×1080 resolution into a 13 inch screen sounds like a recipe for disaster, but the quality of the panel is fantastic. We would have liked a couple of additional brightness levels however as during bright daylight it could be a little tricky to read some smaller text. Viewing angles are decent, both horizontally and vertically.

Sony are using a ‘semi gloss’ screen coating which gives the image quality a nice ‘sheen’ with rich colour reproduction and deep blacks, but reduces the problems of glare, often associated with pure glossy screens.

The onboard sound system is a different matter, it is without doubt, one of the worst I have heard. At moderate volume levels it distorts, and there is no bass response at all. Headphones or speakers will be a necessity for anything remotely serious.

The trackpad is textured and features two buttons at the bottom, and a fingerprint reader, which worked flawlessly during testing. I had no issues using the trackpad, although it wouldn’t be one of the best I have used in the last year. It is also a little small, a compromise we feel they had to make for this specific machine. This touchpad supports gestures, such as two finger scrolling.

For the majority of the review I used a BMS33 Bluetooth Sony mouse.

Sony charge extra for almost everything, including the backlit keyboard (£15), which has been added to this custom build. This backlit keyboard has a light sensor so it activates automatically in low light conditions. This can be disabled and adjusted via preinstalled software. Surely this should be a default option for such a luxury, high end laptop?

It took me a little while to adjust to this keyboard as the depth of travel is only a few millimeters. It is well spaced and actually works surprisingly well, although pales in comparison to the Lenovo ThinkPad X1 keyboard. We like the physical switch to enable and disable wireless.

The power button is positioned on the far right, just underneath the screen. At the left are three buttons for quick access to a browser, application of choice and the Sony Care software which offers a wide range of diagnostic utilities.

Sony offer an engraving service, which is free on this particular machine. It is limited to a certain number of characters split across one or two lines in plain or italic font. There is a web camera in the center.

Inside, the layout is extremely neat, and compact. Two small fans are attached to several heatsinks which cool the processor. 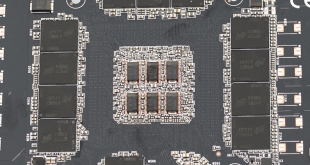 Gigabyte was one of the manufacturers that used six SMD polymer capacitors (SP-CAPs) for its Eagle-series RTX 3080/3090 GPUs, with no multi-layer ceramic capacitors (MLCCs). The company has now issued a statement about its capacitors and component choices...