Age of Empires is going mobile

Age of Empires, the history based RTS game is now coming to mobile devices, the last main instalment to the series was Age of Empires III which came out in 2005. An online focused game came out in 2011 but failed to take off and as a result, it will shut down later this year.

It was revealed last summer that Microsoft wanted to bring the series to mobile but there had been no official announcement until now. The game is being developed by KLab and will be titled Age of Empires: World Domination: 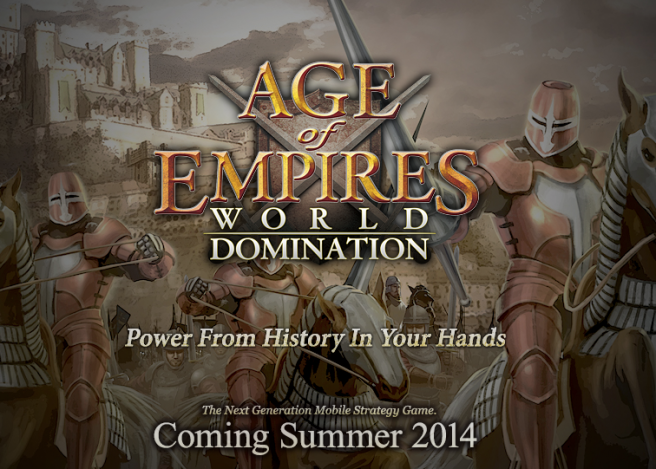 The game will allow you to play as the Celts, Huns, Vikings or Franks, it is not clear whether or not different factions will be added later and we don't know if the game will follow the series' traditional style of RTS gameplay but the trailer does promise an all new battle system re-imagined for mobile.

KitGuru Says: I don't think people who are used to playing Age of Empires II or Age of Empires III are going to jump to this, I think many of the series fans would have much preferred an AoE IV as many people still play the second and third games in the series. What do you guys think? Should Microsoft turn the series in to a mobile title or should they have stuck to PC?