AOC has launched two new 1080p IPS  monitors based on a stylish razor concept design. The new monitors will feature “world class brand” sound provided by ONKYO speakers as well as MHL and Miracast connectivity, which allows for high definition streaming straight from your Android device.

Both the i2473Pwm and the i2473Pwy will feature high grade 23.8 Inch IPS panels, with two 7 Watt ONKYO speakers built in to the thick base of the stand for a much better entertainment experience for those who don't use external speakers. 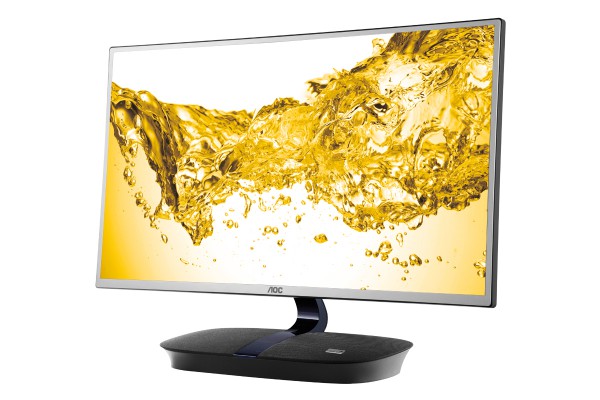 AOC is dubbing this as the 73 series, the LED backlit screens will feature super wide viewing angles of 178° horizontally and vertically and a 5ms response time, which makes it a good fit for gamers as well as mainstream buyers. Miracast technology will allow Android users to wirelessly stream content from mobile devices but you will have to pay a bit more for it on the i2473Pwy, which will come in at £189, if you don't care about Miracast or you don't mind using streaming via a wired MHL connection, then you can pick up the i2473Pwm, which is a bit cheaper at £159.

KitGuru Says: If you're in the market for a new monitor and don't own a decent set of external speakers then this might be worth considering. The 5ms response time makes this monitor viable for gamers too as many IPS monitors feature a slower 8ms response time.