Windows 10 for smartphones is coming later this year and we already have a list of ten devices that will get the new OS update at launch. However, Microsoft also has a new device planned to launch alongside its new software- the Lumia 950 XL.

The new Lumia is going to be a pretty high end device, if these leaked specs are anything to go by and now, we also have our first look at the smartphone, which will presumably launch later this year with Windows 10. 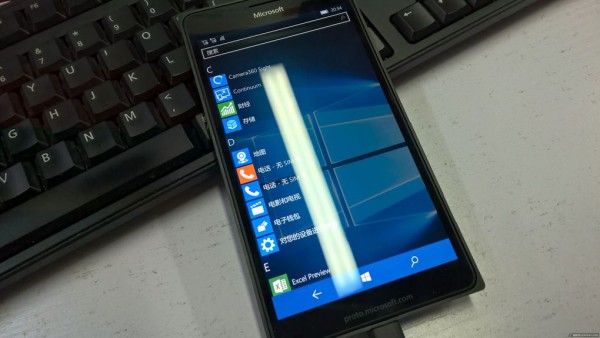 The image comes from Chinese site, WPXAP, revealing what is currently a prototype version of the smartphone. There is not a whole lot for us to take away from the image itself, aside from the fact that it will feature a similar Lumia design and feature USB Type-C support, something that more smartphones seem to be moving over to in an effort to push it as the new standard.

There will be two variations of this phone, a 5.2-inch Lumia 950 and then a larger 5.7-inch Lumia XL. The device launch is currently set to take place at an event in September or October, though an exact date is not yet known. The phone will apparently include the Surface Pen, a smart cover and a 20-megapixel PureView camera.

KitGuru Says: The Lumia 950 is set to be a pretty decent looking phone. The move to Windows 10 will also provide a better ecosystem for Microsoft, which may end up drawing in more customers. Are any of you running a Windows phone at the moment? Are you looking forward to the Windows 10 update?