Apple received a lot of criticism when it first abandoned the traditional headphone jack last year but unfortunately, it looks like the trend has now been set in motion. Not only are there reports that Samsung’s upcoming Galaxy S8 may abandon the feature but this week HTC announced the HTC Ultra, its new flagship with an all-new design, removing the headphone jack for good.

The HTC Ultra isn’t a bad looking device to be fair, it features a 5.7-inch 1440p primary display, along with a 2-inch mini secondary display. Under the hood it packs a Snapdragon 821 processor, 4GB of RAM and 64GB of storage but due to thickness, HTC could only fit a 3000 mAh battery inside. 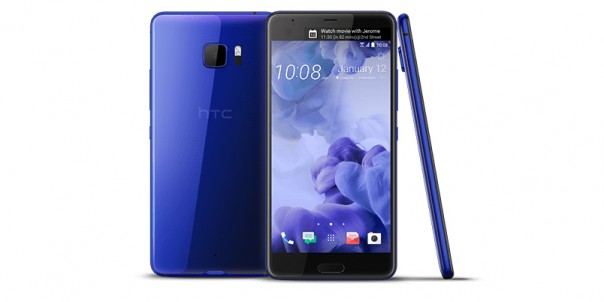 The body of the HTC Ultra is all glass this time around, meaning it is going to be a reflection and fingerprint magnet. We don’t know exactly why HTC chose to remove the headphone jack, as it seemingly isn’t out to sell its own pair of wireless headphones just yet but who knows, maybe that is coming later down the line, similarly to the iPhone 7 and the AirPods.

Alternatively, you may be able to get a pair of USB Type-C connecting headphones instead for the HTC Ultra- something that may become more and more common over the next year or two if companies continue following this trend.

KitGuru Says: It might still be a little early to declare the headphone jack dead but from the looks of it, we can expect to see more smartphone companies move on without it. Do you guys think ditching the 3.5mm headphone jack is a mistake? Is this going to affect your next phone upgrade?