HTC hits back at claims it copied the iPhone 6 design

The newly revealed HTC One A9 smartphone has faced some criticism recently thanks to its design. Many sites have branded it as a copy of the iPhone 6 and now, HTC has finally responded to those claims, hitting back by saying that actually, it was Apple that copied HTC’s design with the iPhone 6.

HTC has been making metal unibody smartphones for the last few years now with the introduction of the HTC One. It has been using the same antenna design since then, with two lines going around the back of the phone and a camera in the middle. Since then, Apple has launched the iPhone 6, using a metal back, with similar antenna design. 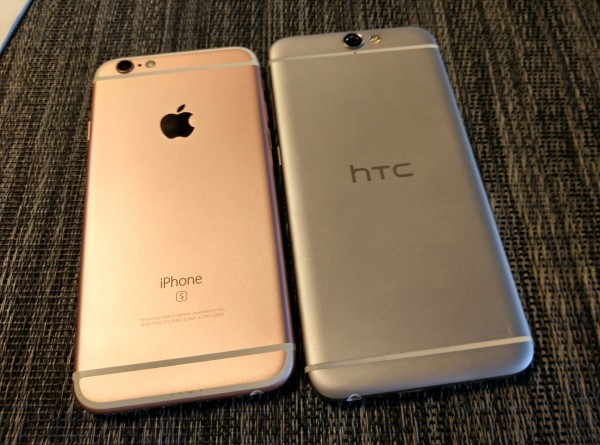 Now to be fair to the other side of the argument, HTC didn’t necessarily need to put its camera that high, or make the phone so thin that the camera protrudes from the casing. The two smartphones do look awfully similar.

Speaking at a press briefing at the Taiwanese launch of the HTC One A9, the company’s North Asian President, Jack Tong said: “We’re not copying, we made a uni-body metal-clad phone in 2013. It’s Apple that copied us in terms of the antenna design on the back. The A9 is made thinner and more lightweight than our previous metal-clad phones. This is a change and evolution, not copying.”

KitGuru Says: Apple’s iPhone 6 antenna design does seem to take inspiration from the HTC One but the new A9 phone does seem awfully similar to the new iPhones. I wouldn’t be surprised if we saw a lawsuit over this at some point soon.

Previous CD Projekt Red quickly usher out Witcher patch 1.11
Next Popcorn Time for the web removed, then brought back instantly