Popcorn Time for the web removed, then brought back instantly

Popcorn Time for the web brought the torrent streaming service to web browsers, removing the need to download and use the app. However, following legal threats, the service went down. Then 24 hours later, new developers picked up the project and brought the service straight back to life. The original two domains shut down following pressure from media lawyers, and now Browser Popcorn has taken  their place.

Speaking with The Verge, the site’s original creator said that he has handed over Browser Popcorn to a friend “maybe permanently”. The original creator is actually just 15 years old, the new owner of the site has a little more life experience, being 35 years of age. 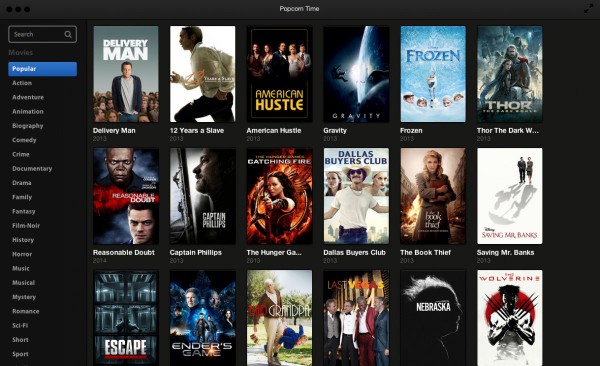 The site went down on Tuesday and reappeared yesterday morning. Initially, Browser Popcorn was going to switch from being a Popcorn Time for the web to a genuine, legal movie recommendation site but that plan changed pretty quickly, with the site now handed over to a new developer and serving pirated material once again.

The site is now on a new domain and attempting to avoid being taken down yet again. However, media companies are pretty aggressive in pursuing legal action so this won’t be the end of it.

KitGuru Says: Given the fact that we have legal services like Netflix around, it is hard to justify Popcorn Time. However, it would be nice of more media companies got on board with streaming and made content more widely available, preferably around the time it initially airs.