Leak points towards specs of Lumia 950

It is pretty well known at this point that Microsoft is in the midst of preparing a new flagship Lumia smartphone to launch alongside Windows 10 for smartphones. While we don't have an exact release date for Microsoft's latest OS for phones, we do have a good idea of what specifications will feature inside the Lumia 950.

According to a new leak from sources speaking with itHome, the Lumia 950 will come with a large 5.2 inch display sporting a 2560×1440 QHD resolution, something that other flagship devices have been leaning towards this year. Under the hood will apparently be the six-core Qualcomm Snapdragon 808 processor, though there will be a 5.7-inch Lumia 950XL with a Snapdragon 810 inside. 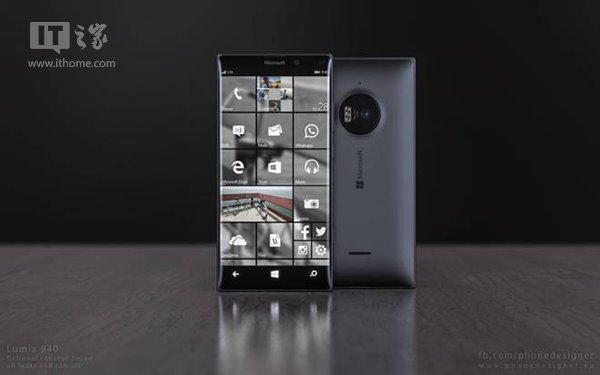 Aside from that, there will be 3GB of RAM, 32GB of internal storage which will be expandable via a microSD card. The rear facing camera will pack in 20 megapixels while the front facing camera will be a 5MP variant. USB Type-C will also be supported, a trend that seems to be catching on swiftly.

Both the Lumia 950 and the 950XL come in a full metal body so these will definitely be premium looking devices. Assuming this leak is in-fact accurate, then Microsoft could have two very competitive phones on its hands when Windows 10 launches.

KitGuru Says: It is about time Microsoft put that Nokia acquisition to some good use. It will be interesting to see if the launch of Windows 10 will help Microsoft compete better in the mobile market. Android and iOS are such dominant forces at this point so it certainly won't be easy.