LG has revealed the G Flex 2, incorporating design elements from last year's G3 flagship device. The second generation G Flex model comes with a 5.5 Inch curved 1080p OLED display. According to LG's head of smartphone planning, the company decided to return to the curved design do to the natural fit.

Whilst unveiling the device, Dr Ramchan Woo said: “You may ask us, why curved again? The answer is pretty simple. It is more natural and aesthetically more beautiful. That is the main reason of it. There are also a lot of benefits of the curved smartphone – it is much easier on the eyes and much easier to grip.” 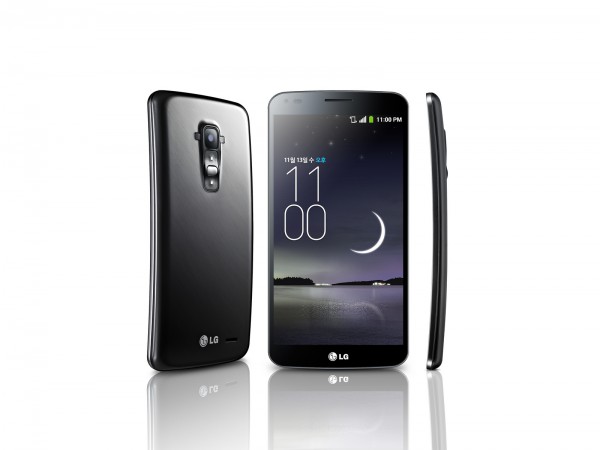 The curve isn't the only feature the G Flex 2 has though, it is a very powerful device. Under the hood you will find a Snapdragon 810 CPU clocked at 2.0 GHz, 3GB of RAM and 32GB of internal storage. On the back is a 13 megapixel camera with optical image stabilization.

A 3000 mAh will keep your device juiced throughout the day  but the device will also be able to use quick charge technology, allowing it to hit 50 per cent capacity in just over half an hour.

KitGuru Says: The LG G Flex looks like quite a nice phone and the specs are decent. Not everyone will want a curved device though. What do you guys think of LG devices? Have any of you ever used a curved smartphone?