New Gorilla Glass to almost be as scratch resistant as Sapphire

Late last year, Corning showed off the latest version of its Gorilla Glass, claiming that it was stronger than ever and more resistant to common drops and accidents. However, the company is already looking ahead to the future with Project Phire, which is apparently almost as scratch resistant as Sapphire glass.

Corning still thinks that glass is the way to go. While Sapphire is good against scratches, it is prone to shattering and won't hold up well once dropped. The company claims to have found the perfect middle ground, bringing near sapphire levels of scratch resistance to its Gorilla Glass formula, which is now much more resistant to drops. 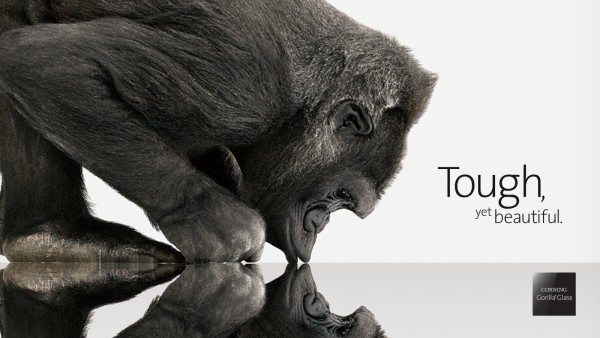 Project Phire has yet to be seen or shown off like Gorilla Glass 4 has so there is no telling if Corning can make good on these promises just yet but given that Apple's plans for Sapphire displays fell apart last year, Corning is likely keen to give them the next best thing for future iPhone iterations.

Project Phire will reportedly be sold to phone manufacturers later this year.

KitGuru Says: Gorilla Glass has become a popular option for smartphone makers over the years. Sapphire might not work out well for phone displays but if Corning can develop glass with a similar level of scratch resistance then it could be locked in as a glass supplier for many smartphone makers for years to come.

Source: CNET
Via: The Verge