New Nexus 6 leak gives us a peek at key specifications

Google’s Nexus 6 handset is due to be announced next month alongside the official launch of Android L so as you would expect, the leaks are starting to roll in. The Nexus 6 will supposedly be made by Motorola and could boast a rather large 5.9 inch screen with a 2560×1440 resolution.

9to5Google brought us this latest leak, the device is due to be announced next month and release in early November. The Nexus phones have been getting a little more expensive each year since the Nexus 4 so it’s difficult to get an accurate guess on price for this year’s model. 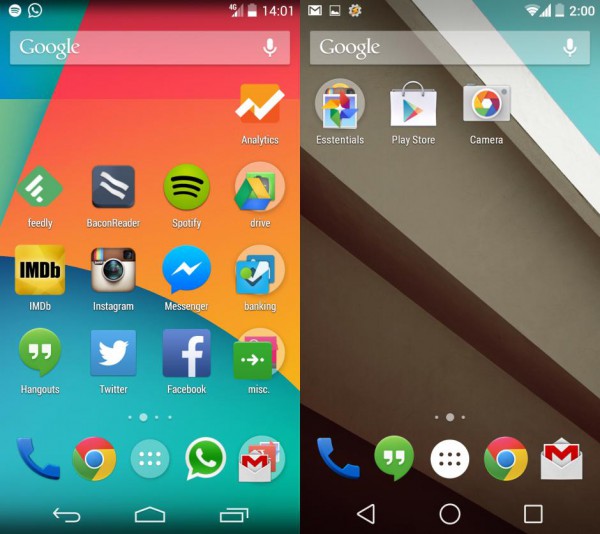 Powering the Nexus 6 should be a SnapDragon 805 quad-core CPU running at 2.6GHz. The design is said to closely resemble the Moto X smartphone but without all of the customization options.

The Moto X currently runs a stock version of Android 4.4.4 Kit Kat, the Nexus 6 will be the first smartphone to launch running Android L, as is usually the case with Nexus devices. Other leaked specifications include 3GB of RAM, a 13MP rear-facing camera with 4K video capture, a 2MP front-facing camera, 32GB of internal storage and a 3200mAh battery.

The rumored HTC Nexus 9 tablet will also likely be revealed next month and release in November.

KitGuru Says: The Nexus handsets are always popular thanks to the impressive price to performance ratio and the addition of stock Android. Many users buy them as a secondary device to play around with too. What do you guys think of the Nexus line? Should Google release a 6 Inch phone? For me, 4.7 Inches is still the best size.

Previous UK Games companies are worth £1.7 Billion
Next You can actually study super hero movies as a University course