UK Games companies are worth £1.7 Billion

The UK gaming industry consists of just under 2000 companies, 1902 to be exact and they seem to be doing quite well as they have a reported total economic value of around £1.72 Billion. This estimate is double what the UK industry was deemed to be worth back in 2012, according to the likes of UKIE and NESTA, two non-profit organizations that work with interactive entertainment companies.

The reason for the rise in value in largely due to a change in how the industry is being measured. Companies are no longer measured by Standard Industrial Classification data as many of them don’t put themselves under the right codes. Instead, value is measured through Online product directors. 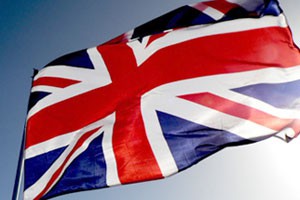 Around half of these UK companies are specializing in iOS games, there has been a 22 per cent increase in established developers and there are 18 games industry clusters in total, spanning across:  Brighton, Cambridge, Cardiff, Dundee, Edinburgh, Guildford and Aldershot, Liverpool, London, Manchester, Oxford, Sheffield and Rotherham, and Warwick and Stratford-upon-Avon.

UKIE CEO, Jo Twist, made a statement: “We know that the UK’s games sector is again becoming a real global success story and seeing Nesta’s estimates of there being over 1,900 games businesses in the UK, potentially generating £1.7bn in GVA, reinforces this more than ever.”

“It’s great to see such a wide geographical reach, with games clusters now existing across Britain. We now need to build on these statistics to help support these clusters and encourage more investment and support for the sector, to make the UK truly the best place in the world to make and sell games. That is what our policy manifesto framework aims to achieve.”

KitGuru Says: Its nice to see that the UK games industry is doing well for itself. Are any of you guys aspiring developers?