Nexus 6 arrives at the FCC, should start shipping soon

Google’s new flagship smartphone, the Nexus 6, may start shipping soon as the device has finally arrived at the FCC for certification testing. The new device is built by Motorola and will be the first phone on the market to use Android Lollipop.

The FCC document confirms that the Nexus 6 will be usable on at least ten LTE bands, most notably, the ones used by most major carriers in the US. There is also another variant of the Nexus 6, which is most likely going to be the international version. 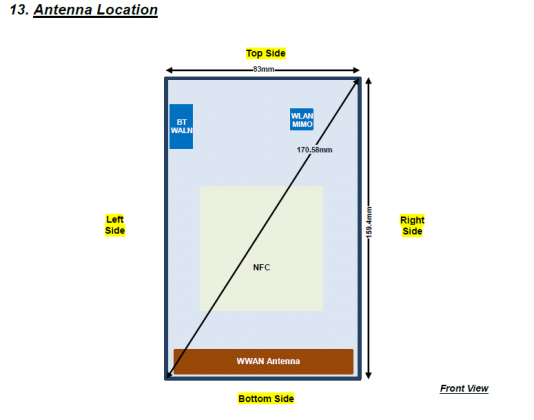 The Nexus 6 was revealed earlier this month and has been available for pre-order on the Google Play store for $650, a significantly higher price tag compared to past Nexus smartphones. However, the phone is very high-end this time around, featuring a 6 Inch 1440p display, a Qualcomm Snapdragon 805 2.7 GHz CPU and 3GB of RAM.

The Nexus 9 was also announced, which is built by HTC and features Nvidia’s powerful Tegra K1 chip.

KitGuru Says: The Nexus 6 marks Google’s departure from the usual Nexus formula. It looks like going forward, Google will be producing high-end devices, rather than cheaper  ones with a high price to performance ratio. What do  you guys think of the Nexus 6? Do you think Google should be completely diving in to high end devices?