Samsung’s flagship Galaxy S20 plans have been leaking consistently for a few weeks now but the biggest details all seem to be arriving this week. The folks at XDA Developers managed to get some hands-on images of the device, as well as additional information on its features, including a 120Hz screen and the loss of the headphone jack.

The Galaxy S20 and Galaxy S20+ are due to be announced on the 11th of February, with retail availability likely coming in early March. If you are thinking about getting one, then you can expect to see the return of the Ultrasonic fingerprint sensor and a 3200×1440 resolution display with a centred hole punch for the front facing camera, similarly to the Galaxy Note 10. This is a 20:9 aspect ratio, so the Galaxy S20+ in particular will at least be a bit taller than last year’s equivalent. 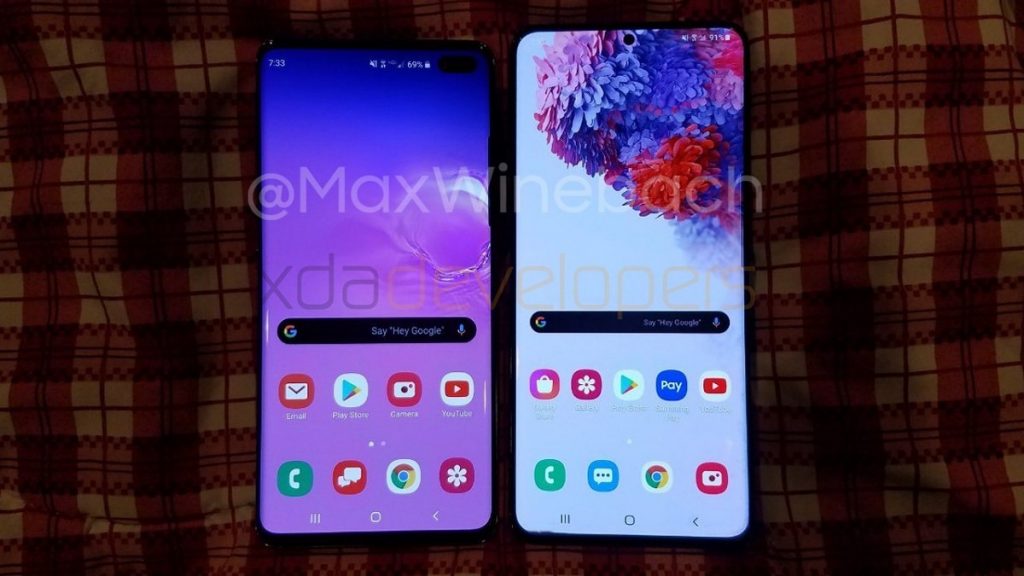 Just yesterday, OnePlus confirmed that it has been working with Samsung Display on a new 120Hz screen for the OnePlus 8. Samsung is also making the jump to high refresh rates, as the Galaxy S20 will have a WQHD/60Hz option as well as a Full HD/120Hz mode.

Other specs include 12GB of RAM, a 4,500mAh battery and support for 25W fast-charging over USB-C. The 3.5mm headphone jack is going to be gone, but USB-C and Bluetooth remain for wired/wireless headphones users. Finally, the ‘domino’ camera module on the back does appear to be real, with five rear-camera sensors and flash. It is the chunkiest camera bump we’ve seen so far.

KitGuru Says: We are just a few weeks away from the official unveiling but we already know enough about the Galaxy S20 to start making a few judgements. For me, the 120Hz display is perhaps the best upgrade, although a QHD/120Hz or 90Hz option would be nice. Are any of you planning on picking up a new smartphone this year? Are you thinking about going with the Galaxy S20?