Update: Just last week Samsung confirmed that it has exchanged around half of the Galaxy Note 7 units that could be affected by battery failures. However, since then the company has continued to replace potentially dangerous units and now, over one million Note 7's have been exchanged, globally.

While passing the one million device mark is a good sign, as Reuters reports, there is still work to be done as Samsung had sold 2.5 million Galaxy Note 7 handsets in the weeks prior to the voluntary recall launching. As a result, Samsung still needs to replace 1.5 million devices, though it's not like Samsung can force people to part ways with their smartphones for long enough to take part in the recall.

Still, trading in your Galaxy Note 7 for a new, safe model is advisable. At this point, air lines are warning customers against bringing the smartphone onto planes, and US regulators have stepped in to help spread the word in order to get as many unsafe devices replaced as possible.

Original Story: Samsung has had quite the problem on its hands in recent weeks, with widespread reports of Galaxy Note 7 failures. However, at this point, the recall process is well under way and while progress was going quite slow at first, since US regulators got onboard, things have sped up significantly with around half of affected devices now back in Samsung's hands.

When Samsung first announced its recall, it failed to make it official by getting the US Consumer Product Safety Commission involved. At that time, around 130,000 Galaxy Note 7's had been exchanged in the US. Now that the CPSC is involved, it is illegal for any US retailer to sell the original batch of devices and since then, Samsung has managed to exchange “around half” of the potentially dangerous handsets. 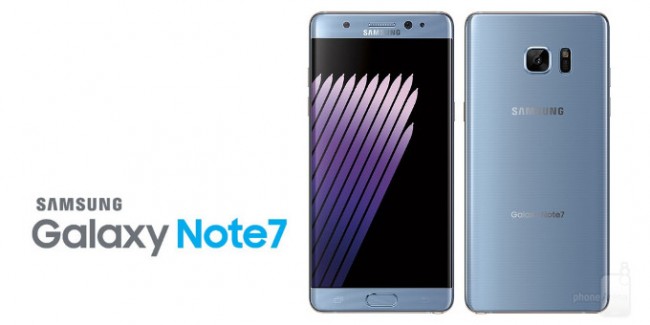 At this rate, Samsung should have most Galaxy Note 7 devices exchanged fairly soon, which means we will hopefully stop seeing reports of devices catching fire or exploding and causing damage. In the meantime, Samsung has been pushing out an update to defective Galaxy Note 7 units in order to cap the charge limit to 60 percent in order to reduce the risk of overheating.

KitGuru Says: While Samsung may be half way to exchanging all affected devices in the US, we don't have numbers for the rest of the world, where hazardous units may still be floating around. Either way though, hopefully this recall reduces the number of accidents caused by overheating Note 7s.