It looks like Apple's long-rumored dual-display Macbook Pro could be heading our way as soon as next month. A few months back, reports began suggesting that Apple's next Macbook Pro would feature a touch-sensitive display bar above the keyboard to display various shortcuts and bits of information and now this week, new sources are claiming that it will be shipping in “the second half of October”.

According to a report from MacRumors, Apple is planning to unveil its new Macbook models very soon, with the company currently focussing on preparing macOS for these new systems and features, one of which will be a new ‘OLED Touch Bar' alongside support for Touch ID. 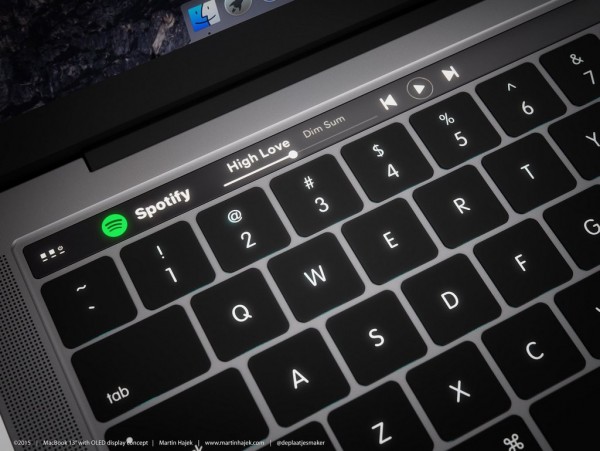 Apple will also apparently be continuing its business relationship with AMD, by including Polaris GPUs in the higher-end 15-inch Macbook Pro models. As we reported earlier this week, we could see even more from Apple and AMD, with rumours claiming that Macbook Pros could feature Zen processors by some point in 2018.

Apple usually holds an event in October to reveal its new iPads and new Mac products, so we may not have to wait too long to hear something more official.

KitGuru Says: The concept images for what Apple's Macbook Pro Touch Bar could end up looking like are great. However, concepts rarely look exactly like the final product, so it will be interesting to see what Apple's design team have come up with.