Samsung’s Galaxy flagships have been defiantly plastic for years despite other manufacturers moving on to more premium designs like the metal body of the HTC One. However, it seems that the company is looking for change as it has replaced its Chief of Mobile Design, Chang Dong-hoon.

Dong-hoon isn’t losing a job though, he is being shifted to the head of Mobile Design Strategy to focus more on the business side rather than the creative, he will be replaced by his VP, Lee Min-hyouk, a Samsung spokesperson announced on Thursday. 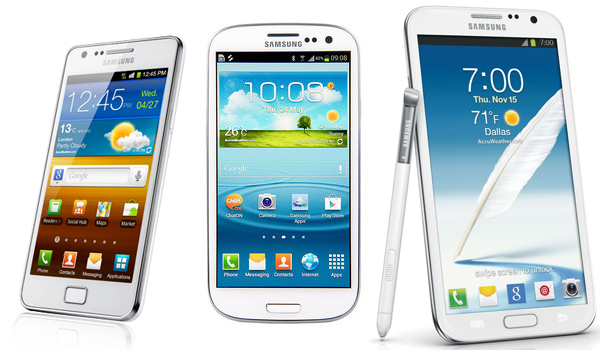 A statement from the company said: “The realignment will enable Chang to focus more on his role as head of the Design Strategy Team, the company’s corporate design centre which is responsible for long-term design strategy across all of Samsung’s businesses, including Mobile Communications.”

Lee has actually been a huge success at Samsung, he became the youngest company executive in 2010 thanks to his part in designing the Galaxy line of smartphones, which has since gone on to dethrone Apple seeing Samsung Galaxy devices selling twice as much as the iPhone. That said, there are far more variations of Galaxy phones than there are iPhones.

Samsung’s persistent use of plastic build materials and now its fake leather backing has been bugging critics for a while now, other manufacturers such as HTC and LG have stepped up in the design field to deliver premium feeling devices but for whatever reason, Samsung has held itself back. Maybe now we will see a design change that can reinvigorate the brand.

KitGuru Says: Hopefully this new Design Chief will make next year’s flagship feel new rather than seeming like a slightly tweaked version of what came out the year before.

Previous Project Morpheus to have a new design at launch
Next Microsoft, Google and Facebook join the fight for net neutrality