Yesterday Samsung officially threw in the towel and cancelled production on the Galaxy Note 7, ending the smartphone's time on the market just over a month after its initial launch due to repeated battery overheating and fire issues. Now according to a new report, it seems that Samsung may not actually know why Note 7s won't stop catching fire.

Samsung had initially came to the conclusion that the phone's battery was the cause of the problem, which resulted in the first Note 7 recall. However, replacement units with new batteries also started combusting shortly after, which according to The New York Times, has left Samsung scratching its head. 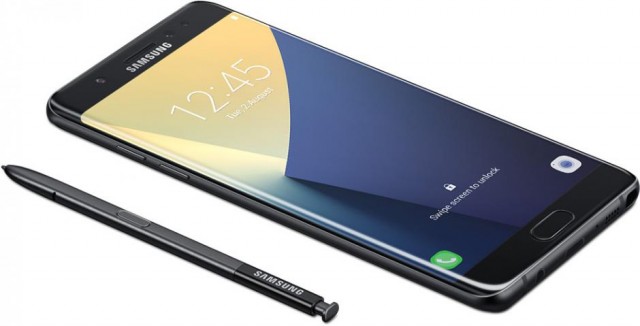 Speaking with the news outlet, Park Chul-wan, the former director of the Center for Advanced Batteries in Korea, claimed to have reviewed regulatory documents on the Galaxy Note 7 and came to the conclusion that “it was too quick to blame the batteries”, in fact, he's not entirely sure the batteries are the main problem at all.

“The Note 7 had more features and was more complex than any other phone manufactured. In a race to surpass iPhone, Samsung seems to have packed it with so much innovation it became uncontrollable”. The idea that Samsung rushed the Note 7's development has come up before and while the company has a team of engineers investigating the problem, apparently executives banned them from emailing eachother, making communication across the company much more difficult. The email ban was put in place to avoid legal action should written communications fall into the wrong hands but it also seems to have slowed down progress on figuring out the problem.

KitGuru Says: The Galaxy Note 7 situation has been a disaster for Samsung and if these reports are correct, the situation likely could have been avoided if corners weren't cut in an effort to launch a few weeks before the iPhone. Hopefully this can be avoided in the future, though I do wonder if we will even get a new Galaxy Note after all of this.

Previous IMAX will be bringing StarVR pods to a UK cinema this year
Next The Hololens is heading to more countries, including the UK