The Moto X is coming to the UK next month

The Moto X smartphone had a lot of hype surrounding it leading up to its US launch late last year, it was the first Motorola device to be released under Google's ownership and it certainly shows. The phone focuses heavily on software improvements and the user experience rather than the latest and greatest hardware and now, the US manufactured phone is coming to the UK this February.

Here's a little reminder of the phone's specs and features:

As far as notable features go, the Moto X has a few, firstly, it is always listening for voice commands through Google Now which removes the need to press a button to wake the phone, you just need to speak to it. The second big feature the phone has going for it is the active display, this display will gently pulse when you have a notification which allows you to peak at what's on your phone without waking up the entire display. This works through turning on individual pixels on the screen which helps retain battery life. 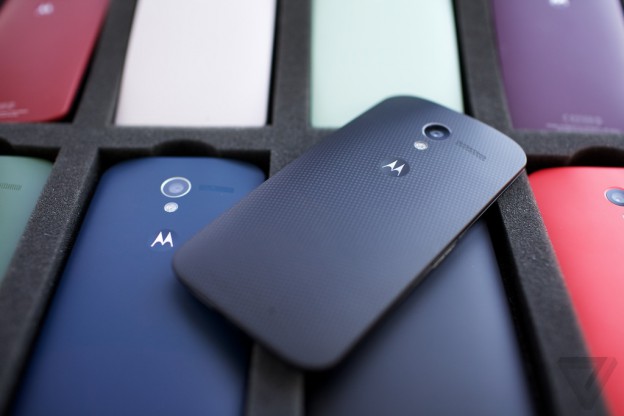 There is one significant downside, the Moto Maker, which allows users to customise the look of their phone, won't be available in the UK at launch. That said, Motorola CEO, Dennis Woodside, has said that the company will launch the service once it figures out how it can deliver customised phones in the same 4-day window that the US customers have.

KitGuru Says: We just recently got the cheap Moto G over here which has really raised the bar as far as low end smart phones go. The Moto X hasn't been a huge success in the US but it is one of the few smart phones available that does something different. Recent NSA scares have probably hindered the phone's sales though.