Back at Computex 2016, we got our first look at the future of cooling for MSI’s laptops with its new Cooler Boost Trinity and Titan designs. Now at CES 2017, these new cooler designs are resurfacing alongside Cooler Boost 4, an all-new design equipped with new ‘wild wind blade’ fans, which double up on blades and push more air to help deliver faster laptops than ever before.

Once again, we spoke with MSI Notebook Product Manager, Alex Lin, who told us that “MSI notebook design has centred on the cooling system for a long time. Performance means heat and getting rid of heat allows for a faster gaming laptop”. MSI’s new cooling system use “Wild Wind Blades”, these fans have 41 blades rather than the traditional 20-24. 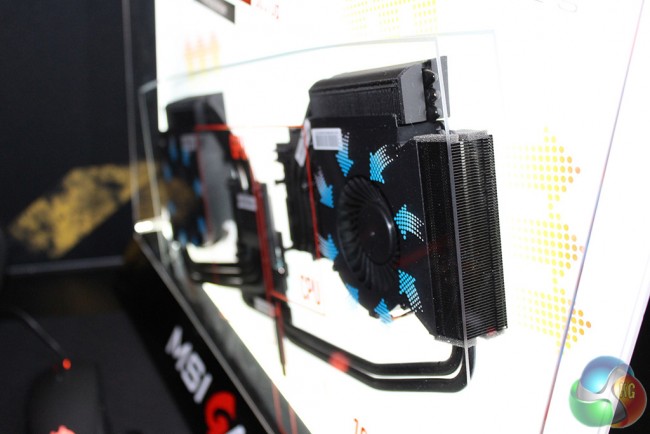 There are three types of cooling system that MSI is now using in its gaming laptops: 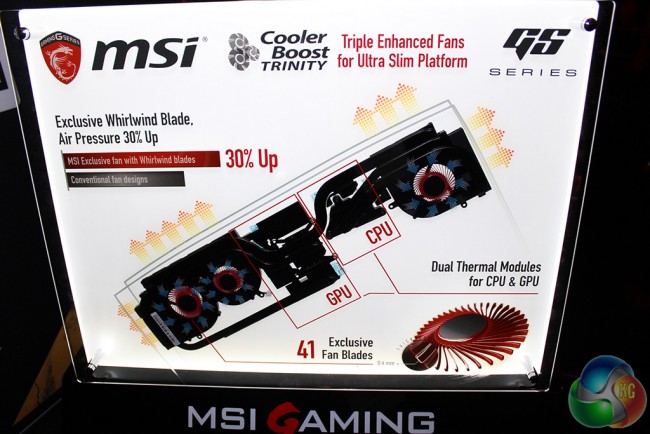 Cooler Boost 4 is slightly newer, moving over to this has “seen a complete redesign of internal channelling to ensure optimal air flow”, Alex told us. This is something that we will be taking a deeper look at in future reviews. “The upshot of all these innovations has been an increase in performance of up to 25% in games, while at the same time dropping the core temperatures by up to 10% – compared to the previous generation MSI cooling technology”.

Cooler Boost 4 will start showing up in laptops starting later this month with the MSI GP62, which will hit retail at £900 here in the UK.

KitGuru Says: There has been a lot of news coming out of the MSI notebook team at CES this year but there is still more to come from the show over the next couple of days so keep an eye out for more coverage. We will be hitting up some of the other booths and going over plenty of other big announcements.