Earlier this month, AMD officially announced Ryzen, its next CPU due for release in Q1 2017 with performance that can compete with the likes of the Core i7 6900K. Obviously a new CPU also means new motherboards and at CES, it seems that MSI has a couple on show from both the high-end X370 line-up and the more budget friendly B350 line. 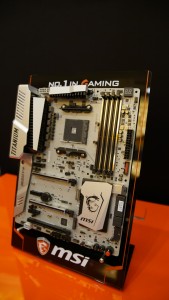 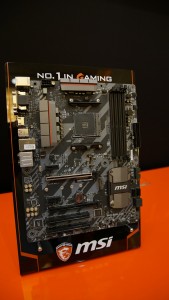 The CES show floor doesn’t officially open until tomorrow but a few people managed to get a look at what MSI has on show ahead of time, leading to some images leaking on to the web. The image below shows the upcoming MSI X370 XPOWER Titanium Gaming motherboard on the right, with an MSI B350 Tomahawk on the left. The X370 Titanium is the higher-end of the two and will likely be one of MSI’s flagship boards once Ryzen launches. 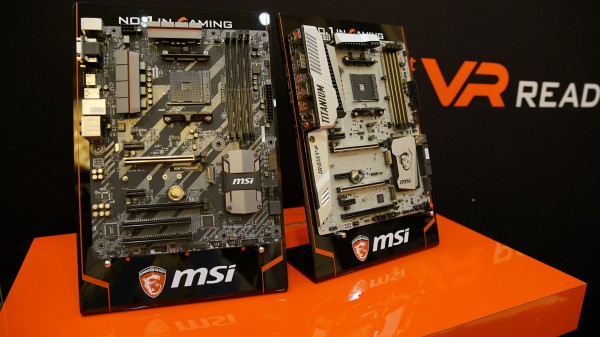 If you are looking for something a bit cheaper to pair with your shiny new Ryzen CPU when it launches, then you will probably be looking to get a B350 motherboard. Above you can see MSI’s B350 TOMAHAWK motherboard, which will also be coming out around the same time as AMD’s upcoming CPU. Unfortunately, we don’t know much more for the time being but expect to see more AM4 motherboards pop up as CES goes on.

KitGuru Says: I imagine we will be seeing a lot of motherboards in the coming weeks and months as we get closer to the launch of Ryzen. Are any of you planning to upgrade? What do you think of MSI’s offerings so far? The Titanium board looks particularly nice in my opinion.