Over the last few years, laptop GPUs have evolved to the point where you can get desktop-level performance and take it on the go with you. Portable monitors also exist as a way of taking a dual-screen set up with you but these portable monitors often aren't great for gaming purposes. That is all about to change though, as ASUS ROG has launched the first ever portable gaming monitor with an ultra smooth 240Hz refresh rate.

Given that this is a 240Hz display, it is primarily aimed at highly competitive gamers who play a lot of CS:GO, Dota 2 and other esports titles. The Strix XG17 is a 17.3-inch portable monitor, packing a 1080p IPS display, 3ms response time and 240Hz refresh rate, making it the fastest portable display available to date. 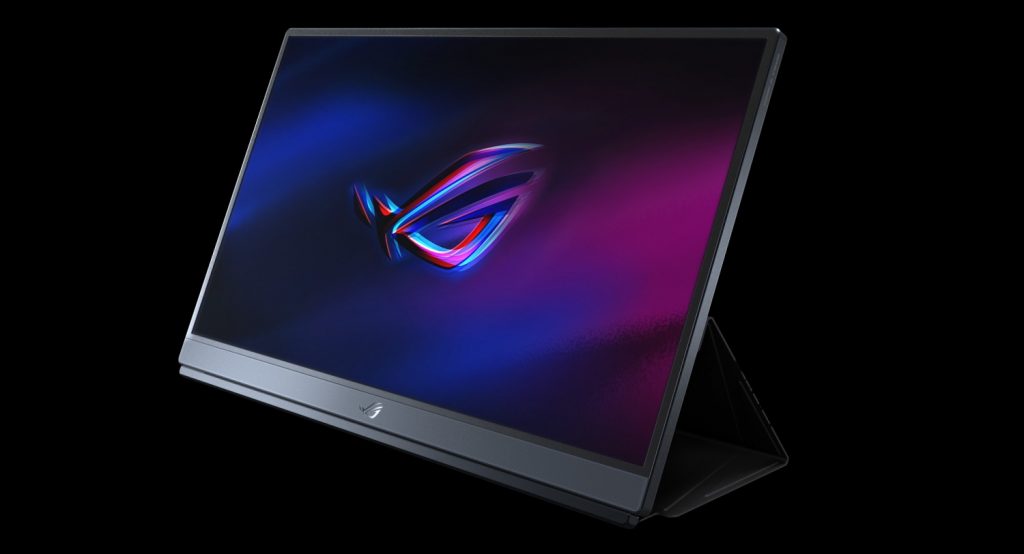 Connectivity is handled either over micro-HDMI or USB Type-C, making it compatible not just with laptops, but also game consoles, tablets and other devices. The Stix XG17 also has its own built-in battery, so you can get three hours of 240Hz gaming away from the wall plug. If you lower the refresh rate, you can probably get some more time out of it.

Since this is a portable monitor, weight is a big factor. The XG17 weighs just 800 grams, making it light enough to carry around with you. It also supports Adaptive Sync, so screen tearing should not appear as long as you can keep your frame rate above 48 frames per second.

We don't have any word on price just yet, or when to expect availability. However, we'll be seeing Asus again at Computex this week, so we'll hopefully be able to get more details then. You can check out our ASUS sneak peek coverage from Leo, HERE.

KitGuru Says: The idea of a desktop replacement laptop has been around for years now but we are now at a point where many desktop PC gaming advantages can also apply to laptops. Including multiple monitors and high refresh rates. Do many of you use a gaming laptop regularly? Is a portable monitor like this something that would interest you?