A court arbitration case between Qualcomm and Blackberry has ended today awarding Blackberry Inc. a sum of $814.9 million, plus interest and attorney’s fees, on royalties charged for past sales. The decision is binding and Qualcomm will not be able to appeal.

The dispute reportedly related to Qualcomm setting caps on certain types of royalty payments and whether that cap applied to payments made in advance by Blackberry in its Qualcomm-powered phones. Blackberry alleged it had overpaid Qualcomm over a period of six years (2010 to 2015), due to this. Still, hadn’t Blackberry sales been faltering at that stage, the amount would have been much higher. 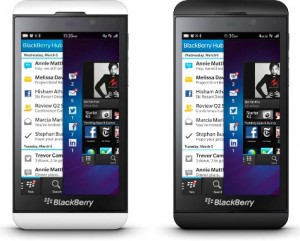 This comes at a time when Qualcomm has been facing off in a number of legal battles, including Apple, and has taken the news very matter-of-factually: “While Qualcomm does not agree with the decision, it is binding and not appealable. The arbitration decision was limited to prepayment provisions unique to BlackBerry’s license agreement with Qualcomm and has no impact on agreements with any other licensee”, read the official statement, underlining this decision shouldn’t get mixed up with other litigation.

Blackberry’s business on the other hand has been stabilizing, despite its almost complete departure from the smartphone business. It’s recently been leveraging its patent portfolio and looking at legal action to clear the balance sheets. This, however, was a case of overpaying for something it shouldn’t have paid in the first place.

There will be a final hearing in late May to determine the final and full amount to be repaid, but Blackberry suits are guaranteed to be popping corks right now.

KitGuru Says: No one likes a company-turned-patent troll, but businesses are even less inclined to overpay for things they shouldn’t. Qualcomm will insist in keeping this watertight so it has no legal bearing on everything else it’s facing.