Adding yet another layer of complexity to the company’s already vast SoC offering, fabless chipmaker Qualcomm has released two new mid-tier SoCs to sate smartphone demand. The Snapdragon 630 and Snapdragon 660 Mobile Platforms which, the company claims, introduce a balanced cost, power and performance experience, are leveraging additional optimizations for advanced photography, enhanced gaming and even throw in a bit of machine learning. 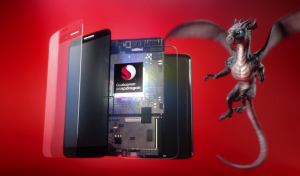 Performance on the 660 is said to be 20% higher than its predecessor, the 653, while the Snapdragon 630 offers 30% better performance than the 625. Other improvements turn up as LPDDR4 support, new imaging processors and the company’s X12 LTE modem. The X12 LTE Modem doubles the downlink bandwidth, when compared to its predecessor X9 modem. The new SoCs also get Quick Charge 4.0 functionality, which the company claims to be 20% faster than the previous iteration.

The company added that both SoCs share pinouts and software/hardware compatibility, so that partners will find it easier to develop differentiated products with either chipset. For Machine Learning developers, the new chips will support Qualcomm’s Neural Processing Engine SDK powered by Hexagon Vector Extensions.

Below you can see a comparison of the new SoCs and their predecessors.

Snapdragon 660 is already making its way to partners and new products should be turning up soon (this Quarter). The Snapdragon 630, on the other hand, will be made available to partners during the course of this month, but 630-powered smartphones should only turn up in the 3rd Quarter of the year.

KitGuru Says: Despite its legal woes, this year, Qualcomm seems to be sticking to the plan and releasing new SoCs, one after another. It is coming close to being the only top-to-bottom tier mobile chipmaker, and let’s face it, these “mid-tier” SoCs are looking increasingly capable.