Dreamworks film studio to release its own tablet for kids

If your young one wants a tablet, you don't have very many options as not many tablets are designed with kids in mind but film studio, Dreamworks, is looking to change that as it plans to release its own tablet, the ‘Dreamtab', later this year.

For this release, Dreamworks will be partnering up with Android tablet maker, Fuhu, which recently released a Disney themed tablet which allowed kids to watch Disney channel shows, listen to Disney songs and play Disney Apps. Since this tablet was made for kids, parents didn't need to worry about parental controls or regulating usage as kids won't have access to anything that could get them in trouble.

The Dreamtab will feature an 8 inch screen and cost under $300, however, the main selling point for this device is the promise of regularly updated original content that Dreamworks is set to produce for Dreamtab owners. This content will be based on Dreamworks characters and will receive the in-house production treatment unlike most apps based on movies or characters where a third party developer usually takes care of the work. This content will be created for tablets specifically and automatically arrive on devices with no work involved. 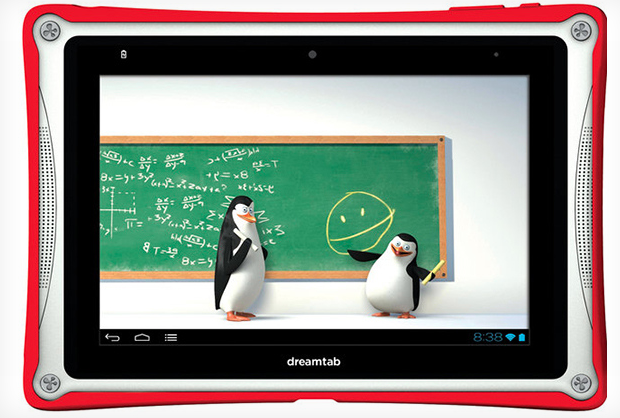 The major downside to this device is that it's limited to the Dreamworks brand, owners are going to have the same brand forced on them constantly which could cause kids to lose attention and get bored well before the tablets life-cycle is over. If the tablet was brand neutral and allowed for additional content from other brands, then I think the tablet would do a lot better.

KitGuru Says: It's a nice idea but the heavy focus on one brand might not keep kids entertained for very long.

Previous Ebay brain seller busted after museum thefts
Next be quiet! competition comes to a close, did you win?