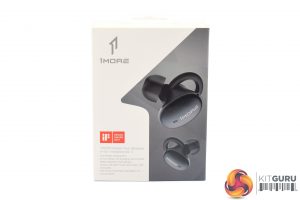 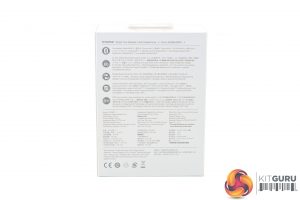 The 1MORE Stylish True Wireless In-Ear Headphones ship in a compact box, with an image of each earbud visible on the front, along with the red ‘iF Design Award 2019’ logo.

On the back, 1MORE highlights various features of the earphones in a multi-lingual format. 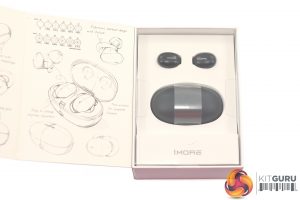 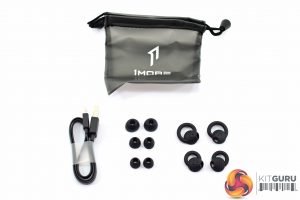 The front of the box lifts up to reveal the pair of earphones, as well as the included case.

Before getting to that, though, it is also worth touching on the included accessories that are also in the box. These consist of a microUSB charging cable and small carry bag, along with three pairs of silicon ear tips, and another two pairs of silicon ear hooks. There’s already a pair of tips and hooks attached to the earphones, as we see below, giving a total of four pairs of tips and three pairs of ear hooks in the box. 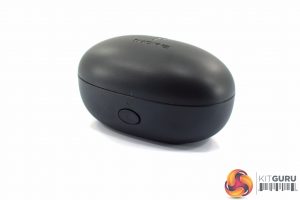 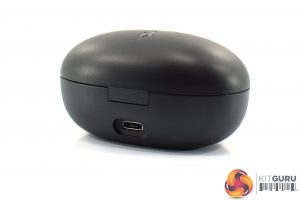 The front of the case features a small button which opens the lid, and above this there is an even smaller LED light which glows red when the case is charging. To charge the case, there is a microUSB port on the rear – though I would’ve liked this to be a USB-C connector instead. 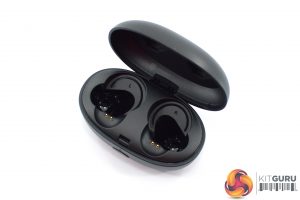 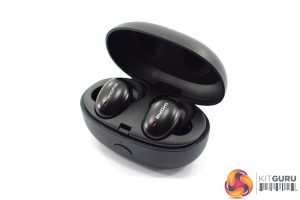 Pressing the button on the front of the case reveals the inside, which is essentially two cut-outs for the earphones to sit in. They slot in perfectly and there is also a slight magnetic attraction to help guide the earphones into place to ensure they charge correctly when inserted.

As you can see when inserted, each earphone has a red LED which lights up to indicate they are charging. 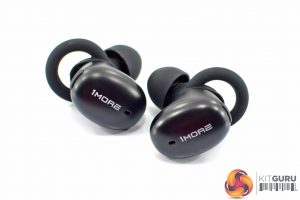 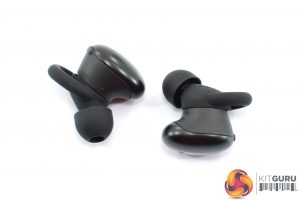 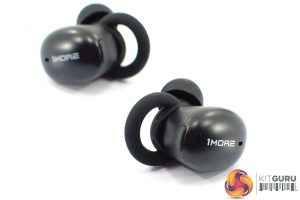 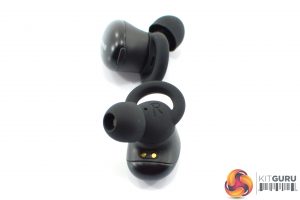 As for the earphones themselves, they’re relatively straightforward in terms of the design. I have the black model, though there are also green, gold and pink options, and while they are made from plastic, a Non-Conductive Vacuum Metallisation (NCVM) process is used to colour the plastic, and this also gives a metallic finish to the earphones.

As TWS earphones go, these aren’t too bulky either, with measurements of 27 x 27 x 23mm. They’re obviously a bit thicker than normal earphones, but they have to house a battery as well. Each earphone is also home to a small button which is used to control your music playback, answer calls and even access your digital assistant. Lastly, the underside of each earphone reveals two gold contact points for charging with the include case.

Previous The Division 2 ‘Operation Dark Hours’ raid launches this week
Next Vote in the KitGuru 2019 reader survey and win a gaming PC! (closed)