Like many of you, KitGuru gets half a ton of email each morning – not all of which is useful. Lots of those emails will contain offers, but it’s rare for them to actually grab our attention. This morning’s batch of junk seems to contain at least one nugget. KitGuru moves a mail out of the junk pile and shares.

In the 21st century modern world, most people have more than one TV around the place. Whether it’s for the kids room, kitchen or loft – there’s a nice, shiny new TV in the living room and ‘something less savoury’ occupying another space in the house.

Perhaps your second TV is a CRT. Maybe it has an integrated DVD or video player than hasn’t seen action in a very long time. in almost every case, it will be the ‘poor, sad cousin of a TV’ that’s nowhere near the size or quality of your main screen’s picture.

Well, it seems that the buying team at eBuyer is looking to put that concept to rest with its latest offer.

We’re not going to pretend that we know the brand, but you don’t have to trust the brand as much as the reseller providing the warranty support. In our experience, eBuyer tends to sell low, ship quick and hardly quibble with returns. Can’t say fairer than that.

So what’s the deal?

It weighs in at 18Kg and will sit on a standard VESA bracket. It also looks a lot like this:-

KitGuru says: If you’ve seen a better deal – let us know and we might broadcast it to a willing nation.

Previous Valve vows not to change, despite EU ruling
Next BBC.co.uk outages – is it ready for the Olympics? 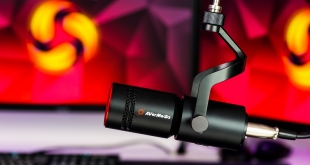 We check out the latest microphone from AVerMedia, aimed at streamers and content creators