At the 2011 Gadget Show at the Birmingham NEC, lots of companies seem to have paid tens of thousands of pounds to show the same kind of product you can find in a high street shop. Strange. However, KitGuru spies were searching high and low for new kit – and some seem to have been successful.

SteelSeries might be more famous for pro-class keyboards, mice and Munchner Halle fight scenes, but they also have a fine line in licenced products.

Last year, it was all about the StarCraft II. At the Gadget Show 2011, it was the turn of Microsoft and the XBox 360. Apparently, bouncing around your living room like a loon – dancing to hooj choons – blasting from your TV – driven by the power of your Kinect – is not quite enough.

SteelSeries would like you to engage in the madness in complete silence. Well, external silence at least.

Here, captured on stealth-cam, is the moment that the brand new device was unwrapped by an excited youth.

KitGuru says: It can be a real irritation to trail a headphone chord around when gaming – well played SteelSeries! 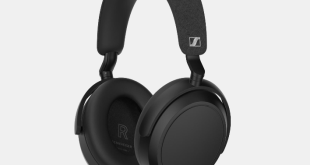 Sennheiser has been in the audio game for years, establishing a firm position as a …