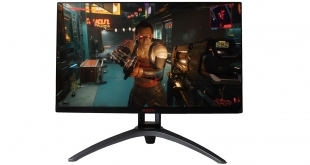 If you’re serious about your FPS gaming, a monitor with the highest refresh rate possible will be preferable to maximise your in-game reflexes. Not long ago, this would have meant 144Hz. But now that over 200Hz is becoming a regular option, you need a bit more to give you the edge. Enter the AOC AGON AG273QZ, which offers 240Hz, a 0.5ms MPRT response and a 2,560 x 1,440 resolution. Could this be the perfect FPS gaming partner?

In order to achieve these incredible refresh and response rates, AOC has equipped the AGON AG273QZ with a TN panel, which used to be the most popular technology but hasn’t been so frequently used in the monitors we have reviewed in the last couple of years, with VA in particular finding favour. However, a good TN panel has faster-switching pixels, and AOC has chosen an example that doesn’t have one of the usual downsides of TN – lack of brightness. This monitor has a 400cd/m2 rating. However, the base contrast is just 1,000:1 – typical for TN.

Thanks to the brightness level, the AG273QZ is able to support DisplayHDR 400. There’s no G-sync hardware onboard, but AMD FreeSync Premium Pro is supported. This is the top AMD adaptive sync specification, stipulating at least 120Hz refresh at Full HD resolution, low framerate compensation, low latency in SDR and HDR, as well as HDR certification. There’s a growing list of games that can take advantage of FreeSync Premium Pro. The AG273QZ isn’t on the official G-sync compatibility list yet, but similar screens like the AG273QCG are, so we’d hope this one will be soon too. 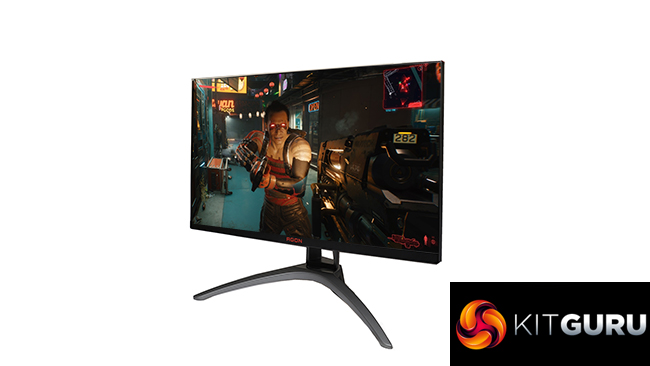 There’s a healthy complement of connections available. Video inputs include two HDMI 2.0 and two DisplayPort 1.4, and there’s a quad-port USB 3.2 Gen1 hub as well. You get a microphone input, headphone output, and even a pair of 5W speakers. Ergonomics are as expected, with swivel, tilt, height adjustment and even the ability to rotate into portrait. There’s also a separate menu control puck so you don’t have to reach under the bezel for the joystick.

Overall, the on-paper specifications look very promising. But you’re also paying a significant amount at around £470, which is relatively expensive for a 27in screen by today’s standards. So the AOC AGON AG273QZ really needs to deliver in every respect. Read on to find out if it’s an express delivery or more like surface mail via donkey.