We performed the quality tests at the native 2,560 x 1,440 resolution in the default mode, after resetting the OSD, which uses a 60Hz refresh. Our test system was equipped with an AMD Radeon Vega Frontier Edition graphics card, which also supports FreeSync. 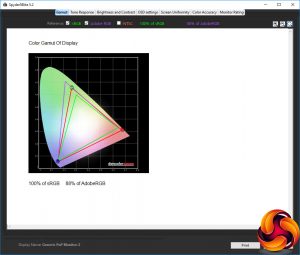 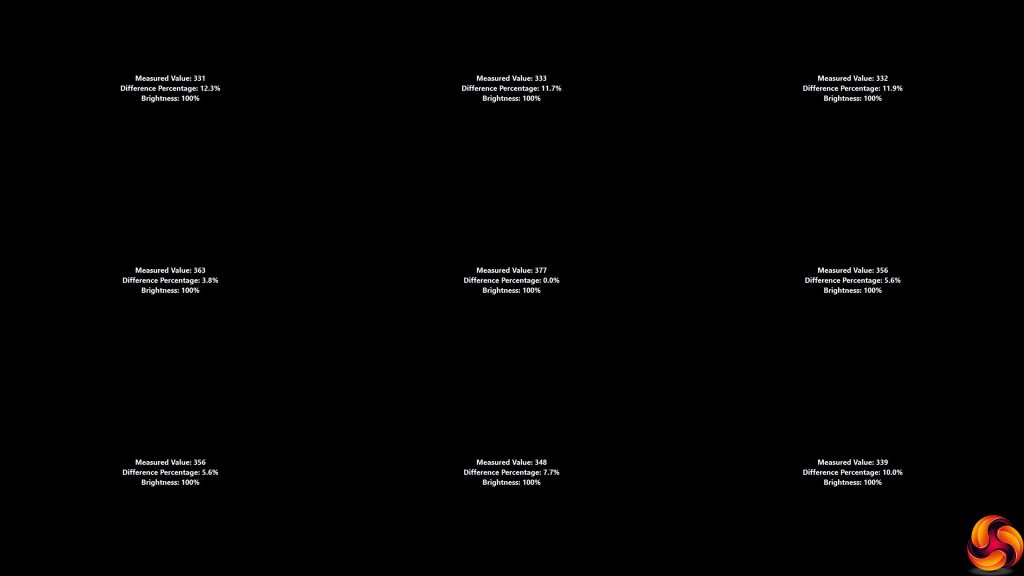 Unfortunately, brightness uniformity is less outstanding, with the top edge diverging considerably from the centre. 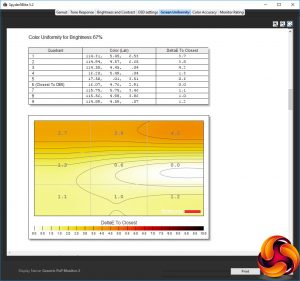 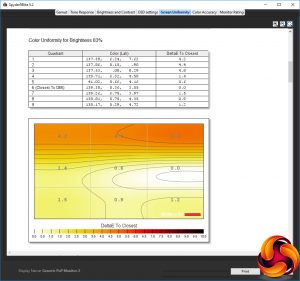 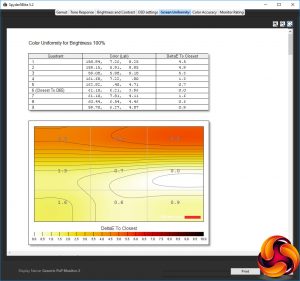 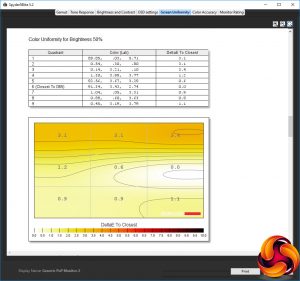 Colour uniformity also appears to have an issue with the top edge, but not so pronounced. 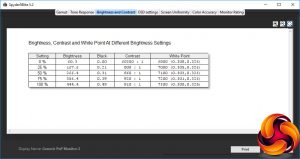 Although this screen is rated at 350cd/m2, it hits that around its 75 per cent brightness level. At 100 per cent, it achieves 444.4cd/m2, which is good for an IPS panel. The contrast is also decent for this panel type.

The 0 per cent brightness reading is, as usual, a bit of an aberration, but from 25 per cent upwards it goes from 800:1 to over 900:1. This test tends to under-report contrast, so these are decent levels. The white point is slightly variable, however, ranging from 6800K to 7300K. 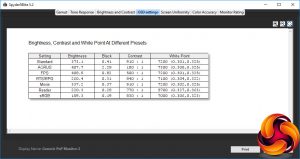 You get a good variety of options with the Picture Mode presets. The default Standard option provides a bright 373.1cd/m2 and high 910:1 contrast, with a mid-range 7200K white point. The AORUS option is brighter, using 407.7cd/m2, but with much lower 180:1 contrast and a slightly cooler 7300K white point. Notably, the black point is very high at 2.29. 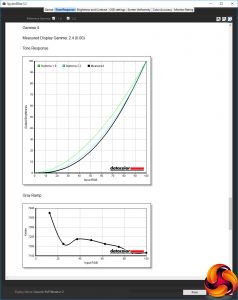 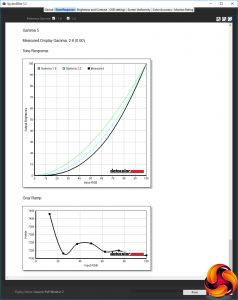 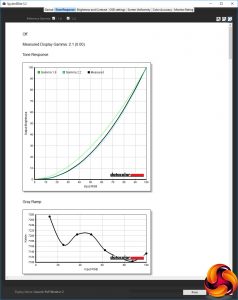 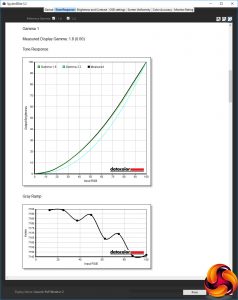 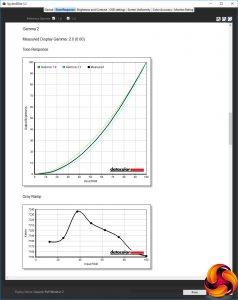 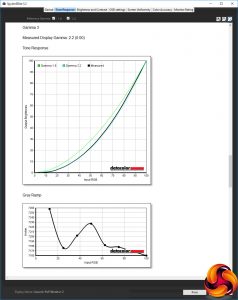 In the default Standard mode, the Gamma is set to Level 3, which is spot on what you would hope at 2.2. In fact, the gamma options range exactly from Gamma 1 at 1.8 to 2.6 at Gamma 5, which completely uniform 0.2 steps in between. The strange off option equates to 2.1. 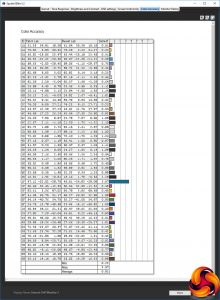 Even without calibration, the AD27QD achieves an outstanding 0.81 colour deviation. This is a very accurate screen. But, as usual, we wanted to see if we could do better, so we fired up the Spyder’s calibration routine. 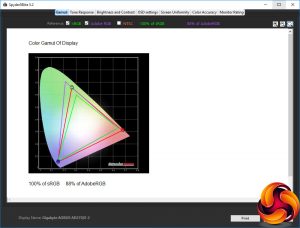 As usual, no change to the gamut. 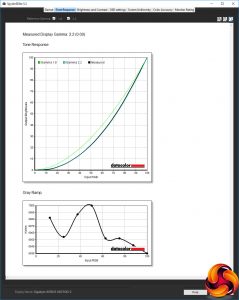 We only retested the default Gamma 3 preset, which remains at 2.2. 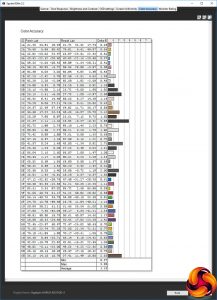 Colour accuracy has gotten slightly worse than before, but is still a very good 1.13 average deviation. Nevertheless, our recommendation is not to bother; just stick with the Standard preset if you want accurate colour. This monitor delivers great fidelity straight out of the box.

Since this is a gaming screen, we spent some time playing a variety of titles, in particular Tom Clancy’s Rainbow Six Siege. It was a shame we couldn’t get the Aim Stabilizer to enable, because this game would definitely benefit. But even without it, this was a great screen for this title. The hardware crosshair came in handy, and we were able to improve our experience with the FPS mode and a higher Black Equalizer setting. FreeSync smoothed the frame rates by allowing the screen to keep pace with what our system’s AMD Radeon Vega Frontier Edition was delivering.

The range of presets also give this easy configurability for a wide variety of game types and entertainment uses. We also found the noise cancellation effective. If you’re using this screen in a noisy LAN party environment, you will be able to hear your own audio better over the background hubbub.

Overall, performance is excellent, with just the brightness and colour uniformity to blot its copy book.