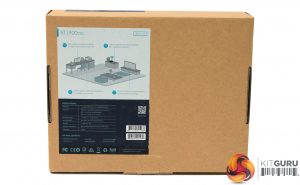 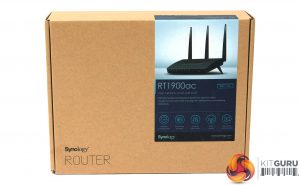 Another brown box from Synology. At least you’re not paying for extravagant packaging that you’re just going to throw away. 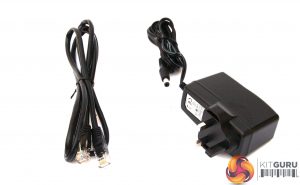 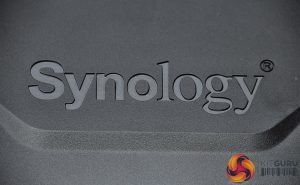 The lack of nonsense continues with the box contents, with just a power supply, Ethernet cable, and the router itself, of course. 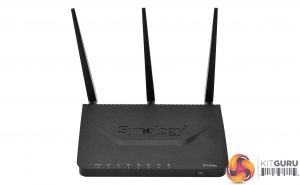 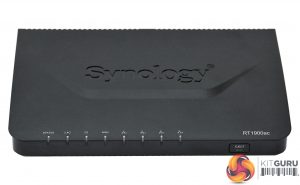 The RT1900ac is very utilitarian in design. So here again there is a distinct lack of any form of nonsense. The three external antennas screw onto the rear, and there is a row of LEDs along the front. The protruding hump with the Synology logo on it is about the only nod in any kind of design direction. 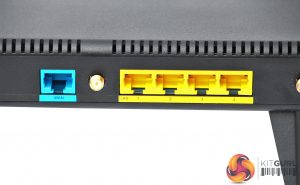 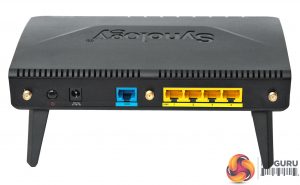 The four-port Gigabit Ethernet switch can be found on the rear alongside the WAN port. There’s no visible indication of this, but you can also use the first LAN port for a secondary WAN port. This allows you to use a secondary broadband connection as a backup – a first hint at the rich features that generally hide behind the sober exteriors presented by Synology products.

The right-hand corner houses the USB 3.0 port and the SDXC memory card slot. There’s a WPS button and hardware switch for turning off WiFi on the left. 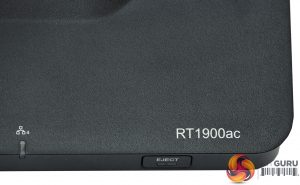 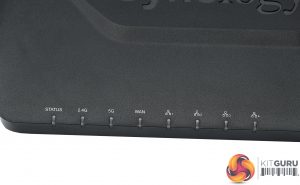 An eject button on the front is used for unmounting storage devices so they can be removed safely without you having to load up the management interface. The status LEDs along the front show you the overall router status, plus activities on the two WiFi wavebands, WAN, and four Gigabit Ethernet ports.

Overall, the hardware gives you most of what you need if not anything extra. Inside, the specification is noticeably reduced compared to the RT2600ac, with a 1GHz instead of 1.7GHz dual-core CPU, and just 256MB of DDR3 memory instead of 512MB.