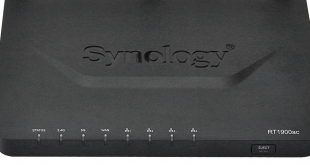 Our first taste of Synology’s small WiFi router range, the RT2600ac, showed the company’s no-nonsense approach has potential for this staple of home networking. Now we take a look at the even more keenly priced RT1900ac. Even less nonsense is involved.

Although the RT1900ac is a little smaller than the RT2600ac, the main reduction in specification is in performance. There are three antennas rather than four, with a knock-on effect on the throughput available at 2.4GHz as well as 5GHz. The former maxes out at 600Mbits/sec (where the RT2600ac offered 800Mbits/sec), and the latter at 1300Mbits/sec (rather than 1,733Mbits/sec). Hence, the unit is rated as AC1900 instead of AC2600 overall, giving the RT1900ac its rather imaginative name. 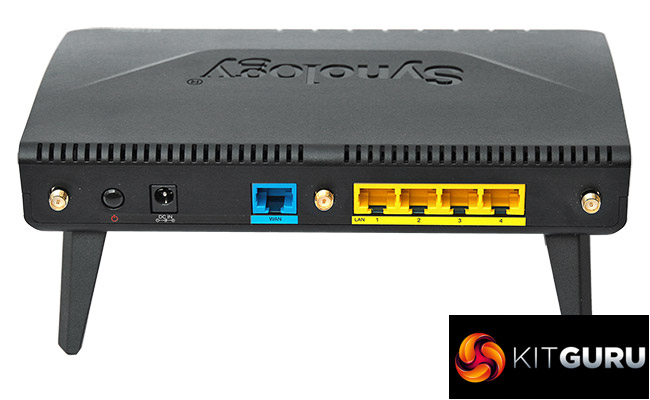 The port allocation is almost exactly the same as the RT2600ac, despite the reduced size. There’s a four-port Gigabit Ethernet switch plus one more Gigabit Ethernet exclusively for the broadband WAN connection. There’s even an SD card slot for sharing photos around your home network. However, you only get a single USB 3.0 connection, not an additional USB 2.0.

With the RT2600ac costing £220-£230, the RT1900ac’s price of less than £130 seems like a steal. On paper, the reduction in performance will be noticeable, but if your coverage needs are modest, this could be the router bargain you’re looking for. So let’s find out if it is.