Alienware and Roccat have just announced that they will be partnering up to bring Alienware FX lighting to several Roccat gaming peripherals. So far, supported products include the Roccat Tyon, which we recently reviewed, the Kone XTD mouse as well as the Isku FX gaming keyboard.

Drivers for the compatibility update are expected to roll out soon, users can expect to receive the Alienware lighting update before the end of November, although that could be pushed back. Not much else is known about the extent of the partnership for now, it is possible that we will see Alienware machines come bundled with Roccat peripherals going forward but there is no confirmation of this. 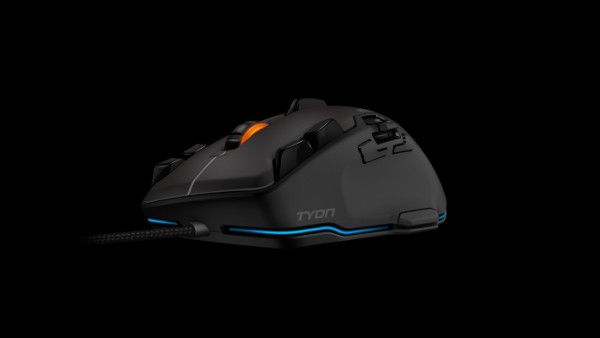 While Alienware’s FX lighting suite has been around for some time, not many games officially support it. Some big games worth mentioning include The Witcher 2, League of Legends, Payday, Hotline Miami and Battlefield 3. You can see the full list of compatible games and applications, HERE.

It will be interesting to see if any changes are made to the FX lighting suite in order to make it compatible with Roccat’s peripherals.

You can read our review of the Roccat Tyon mouse, HERE.

KitGuru Says: You can say what you want about Alienware’s price to performance ratio but many will agree that the systems and their lighting tend to look pretty cool. Hopefully the same level of quality will transition over to Roccat’s peripherals and it will be interesting to see if the partnership extends further. What do you guys think of this? Do any of you guys own any Roccat or Alienware gear?