Given that this is a palm-grip style mouse, rather than an ambidextrous one, it is designed with right-handed users in-mind, though it does come with some interesting new features. The star of the show here is the additional OLED display, which allows you to display DPI information, custom logos or profile names, so you know which game your buttons are assigned to. 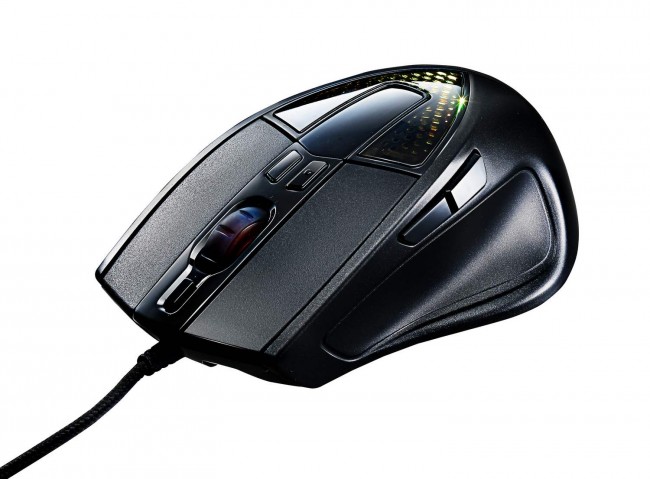 The Sentinel III uses the Avago 3988 sensor, which offers DPI levels up to 6400. You will also be able to record macro functions thanks to the Storm Tactix software, which will also allow you to make use of the additional buttons found on the mouse, with access to different commands, as you would expect from a gaming mouse.

The Sentinel III mouse is set to launch in December for £39.99, a fairly competitive price point for a gaming mouse with this feature set. Units should be available by mid-December.

KitGuru Says: Cooler Master has made some nice peripherals in the past, so I’ll be interested to see what people think of this one. Have any of you used a Cooler Master mouse before? Are you happy with it?

Sony may finally be making a black DualSense controller

When the PS5 was first revealed, one of the most controversial aspects to the console …