Razer peripherals and devices often fall on the higher-end of the spectrum but this week, the company is looking to deliver a feature-rich gaming headset that doesn't break the bank. The Kraken X headset is launching today and is designed to be ultra light, comfortable, delivers 7.1 virtual surround sound and is cross-compatible with PC and consoles all for £50.

The Kraken X is a redesign of the famous Kraken headset, slimming it down and reducing weight to just 250 grams, making it one of the lightest gaming headsets around. As expected, a microphone is included but the redesign means that it is no longer retractable, which seems to be the main trade-off in terms of design. The ear cup cushions are still large and thick and the headband has plenty of padding too, so comfort hasn't been sacrificed. Razer's memory foam cushions also have small channels to make it more comfortable for those who wear glasses. 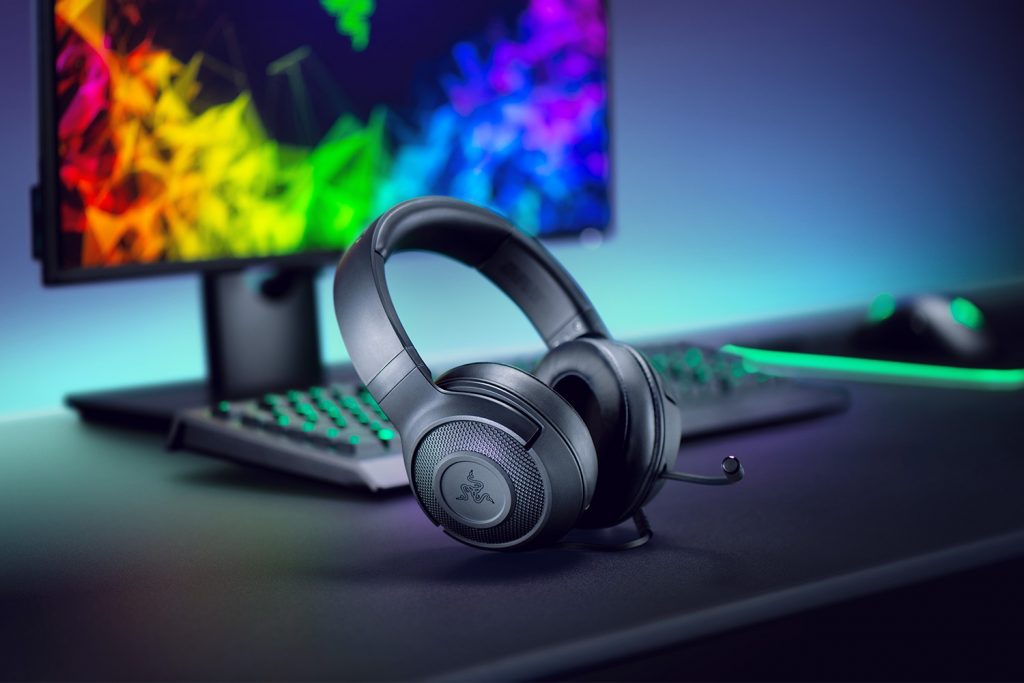 In terms of spec, you are looking at 40mm Neodymium magnet drivers with a 12Hz to 28KHz frequency response and 32 ohms of impedance at 1KHz. The cable is 1.3m long and comes with a standard 3.5mm jack but a splitter is also included to improve headphone and microphone compatibility across devices, like the PC, Xbox One, PS4 and Nintendo Switch.

One of the ear cups has volume controls and a quick toggle to switch the microphone on or off. Finally, virtual surround sound is delivered via Razer Surround software, which now implements extra improvements from the audio experts at THX for a better experience. Razer Surround will now come included with the company's entire range of headsets, rather than just the high-end ones.

KitGuru Says: It is nice to see Razer expanding its headsets to a broader audience. We'll be reviewing this ourselves soon, so keep an eye out for the final verdict.