The Steam controller, various Steam Machines and Valve’s own Steam Link streaming box are all now available for pre-order with release dates set for between October and November. While we have seen the Steam controller evolve through many iterations since its reveal in 2013, only those attending specific trade shows have actually got to see the gamepad upfront.

To give people an idea of how the controller works with PC games, Valve has released a new video, going over the final version of it and all of its features: 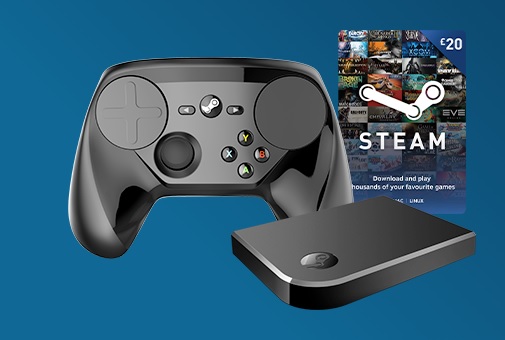 Controls will be customizable in order to tailor to each specific game you have installed. You will also be able to download profiles from the Steam Community.

The controller has gone through some significant changes since we first saw it around 18 months ago, the two track pads are still there but the touch screen is gone. Additionally, instead of a D-pad on the bottom, there is now an analog stick, , with the AXYB buttons on the adjacent side.

The controller features triggers on the back and haptic feedback reactors for the pads.

KitGuru Says: The Steam controller looks very different to the standard pads we are used to seeing these days. I’m looking forward to trying one out for myself later on in the year. Are any of you going to try the Steam controller out? Do you think its a little too out of the box?