Thanks to introduction of new 4K ultra-high-definition (UHD) televisions by global brands this year, sales of UHD TVs increased rather significantly in the second quarter. In fact, sales of 4K TVs in Q2 surpassed sales of such televisions for the whole calendar 2013. China continues to be leading adopter of UHD TVs, but its share is dropping.

NPD DisplaySearch claims that 2.1 million UHD TVs were shipped in Q2 2014, which is higher than 1.6 million 4K TVs sold in 2013. Last year China accounted for approximately 80 per cent of shipments in each quarter, because Chinese brands introduced low-priced 4K TVs. This year new 4K TV models from global brands have been introduced in every region, moreover, availability of 4K UHD content increased thanks to streaming providers. A result of the regional shift is that China’s share of 4K TV shipments dipped to 60 per cent, NPD claims. 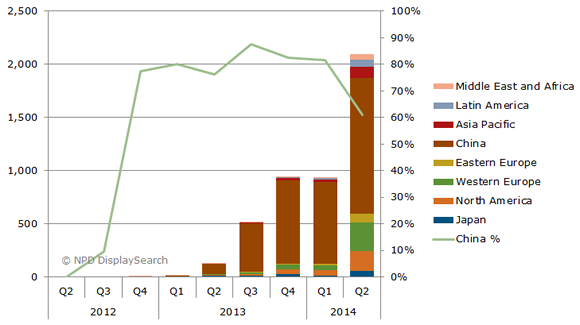 “New 4K TV model introductions have broadened the 4K TV business, which has become a lot like the high-end TV market, in general,” said Paul Gray, director of European research for NPD DisplaySearch. “Even so, there needs to be greater implementation of broadcast offerings that deepen the value of 4K sets, beyond pixel counts.”

3840*2160 resolution has become a must-have feature for high-end TVs. The UHD resolution is on-track to become a compulsory feature of mainstream TVs several years from now when content in 4K resolution becomes available everywhere.

KitGuru Says: Before UHD technology becomes mainstream, the industry will need to standardize the next-generation optical disc format in order to distribute movies. Unfortunately, it does not seem that the standard is ready. 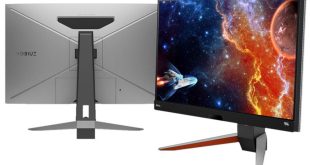