AMD tries to clear up confusion over FreeSync 2 HDR rebranding

Upon the release of FreeSync 2, display manufacturers requested that AMD provide more clarity towards its improvements over the “vanilla” FreeSync. This prompted the company to rebrand the successor to FreeSync 2 HDR, reflecting its introduction of high-dynamic range support. Unfortunately, this is still causing confusion in the industry thanks to clashing comments about the technology’s brightness.

In an interview with PC Perspective, AMD’s senior marketing manager Antal Tungler clarified that while the addition of HDR is the crux of improvements to the FreeSync successor, that isn’t all it enhances. Tungler states that FreeSync 2 HDR is basically on par with VESA’s DisplayHDR 600 certification, claiming that the company will always aim for the highest brightness, contrast ratio and colour gamut as possible without sacrificing the variable refresh rate.

This contrasts the range of FreeSync 2 monitors already in circulation that only achieve DisplayHDR 400 certification. These displays will now be able to carry the newly clarified FreeSync 2 HDR title despite not hitting DisplayHDR 600, further fragmenting customer understanding of the technology. AMD acknowledged this in a statement to TechPowerUp, explaining that the two technologies are “separate and independent from each other.” 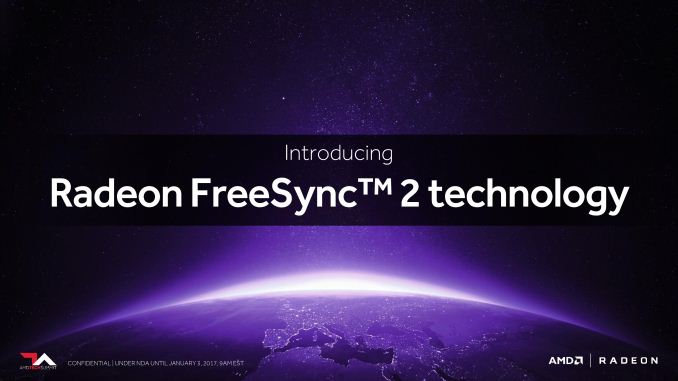 This means that it is possible for displays to meet the requirements for AMD’s FreeSync 2 HDR, but still fall short of VESA’s DisplayHDR 600 minimums. Still, any monitor with FreeSync 2 HDR implementation will sit above ordinary DisplayHDR 400 in most aspects, including the potential to pump the brightness above 400 nits, and even 600 nits despite the lack of certification.

AMD’s FreeSync 2 HDR requirements were laid out almost a year before the industry standard VESA DisplayHDR specifications. It’s likely that we will see these requirements converge as technology and manufacturing processes move forward.

KitGuru Says: HDR can seem confusing but it does provide a lot of colour clarification in comparison to a standard monitor. Unlike 3D, HDR is looking to be a lot more of a true progression on display technology. Are you interested in HDR gaming?