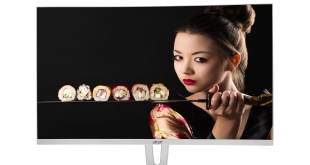 Curved screens used to cost a considerable amount of money, so it’s surprising to see Acer’s ED273 deliver its curvature in 27in form for around £170. Lots of 27in screens are more expensive than this even without the curve – so this is already a potential bargain.

This isn’t a member of the Predator gaming range, however. It has a few benefits for that type of user, but it’s not specifically aimed at gamers. The 27in diagonal is home to a Full HD VA panel, rather than the 2,560 x 1,440 resolution that is frequently found at this screen size. The VA technology generally provides great contrast, but has other drawbacks.

In particular, the response is just 4ms grey-to-grey, although this is normal for VA and IPS panels, with only TN usually being faster. Acer itself claims an immense 100,000,000:1 contrast, but this will be with dynamic contrast enabled, and we’ve seen a more believable 3,000:1 mentioned by unofficial sources. The brightness level is a fairly minimal 250cd/m2. 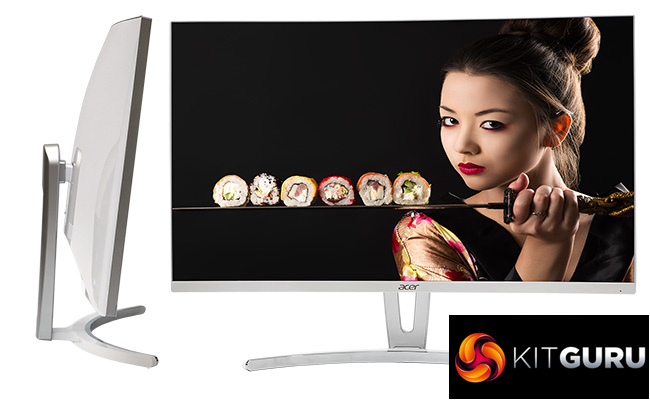 The screen curve is a relatively deep 1800R, meaning that if you created a full circle it would have a radius of 1800mm. Samsung uses the same curve, but many screens use a wider circle such as 2100R that is allegedly less immersive. There is FreeSync adaptive refresh support, but as the highest rate is just 60Hz, this is only of limited use.

The ED273 sports a rather retro range of inputs. Although there is HDMI, it’s only version 1.4, and otherwise you only get DVI-D Dual-Link and VGA. There are also built-in 3W speakers with accompanying analog minijack input and output, but no USB hub. So apart from the curviness, this is a pretty standard screen. The price is the main surprise. Let’s find out if this is a shapely bargain or a bulbous false economy.