We performed the quality tests on the CQ32G1 at its native 2,560 x 1,440 resolution in the default mode, after resetting the OSD, which enables FreeSync where available. Our test system was equipped with an AMD Radeon Vega Frontier Edition graphics card, which supports FreeSync. 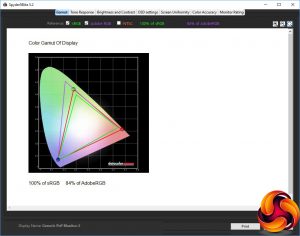 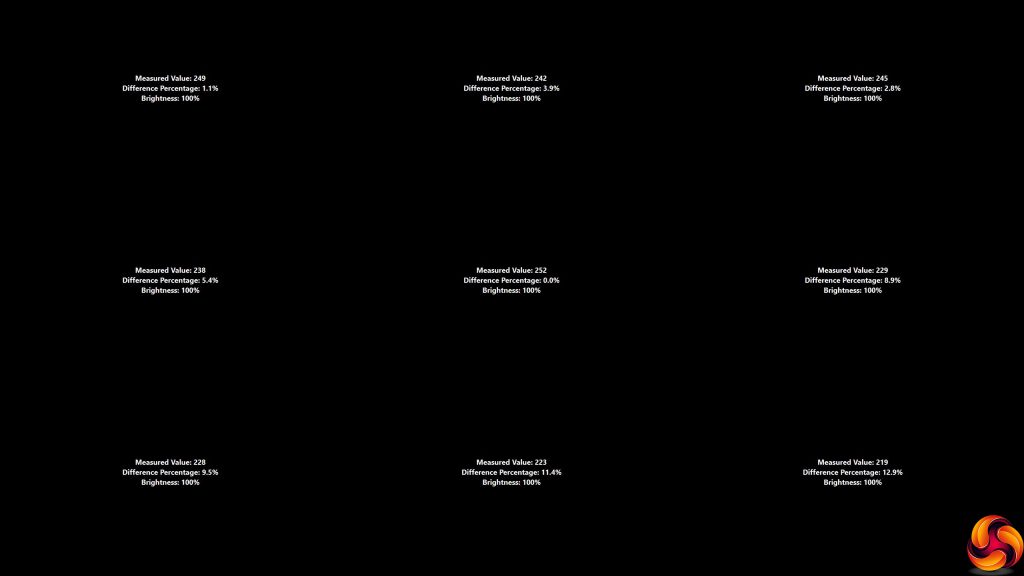 Brightness uniformity is also reasonable, with just a small amount of aberration along the top edge, but a lot more along the bottom edge and the sides progressing between the two. 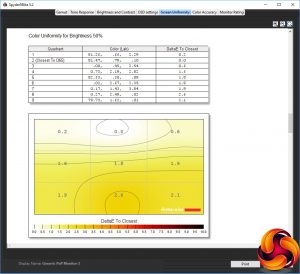 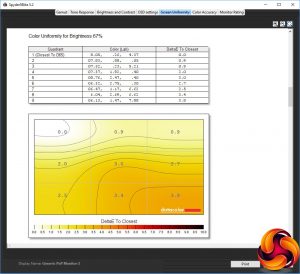 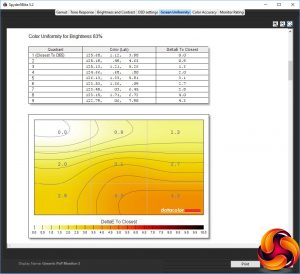 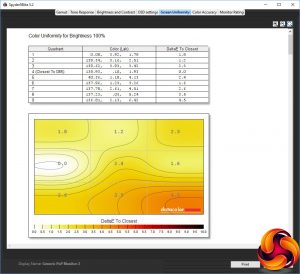 Colour uniformity is also decent, although the bottom-right corner diverges more as the brightness level goes up. 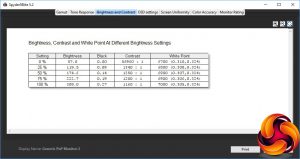 The CQ32G1 slightly exceeds its rating at 100 per cent brightness, managing 308cd/m2. The level then decreases in a reasonably progressive fashion as the setting goes down. The black point also reduces, but contrast remains relatively uniform, apart from at 0 per cent brightness, which often gives a much higher value in monitors we test.

The contrast level of 1,340:1 at 25 per cent brightness, reducing to 1,160:1 at 100 per cent, is as expected for VA. It’s lower than the specification, but the Spyder usually under-reports this value and the default contrast setting for this monitor is 50 per cent.

The white point goes from a mid-range 6700K at 0 per cent brightness, to a slightly cooler 7000K at 100 per cent. It would be good to see a little more uniformity, but this is nothing to be worried about. 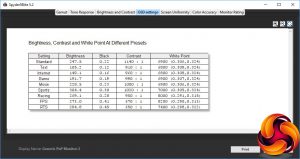 Since the AOC has two separate types of presets, we tested both, starting with the more mainstream ones that come under the heading of “Eco modes”. The default Standard option provides 247.5cd/m2 brightness, 1,140:1 contrast and a mid-range 6900K white point. Text mode, on the other hand, is aimed at reading without your eyes getting tired, so drops brightness right down to 105.2cd/m2, with lower 910:1 contrast and slightly reduced 6800K white point. Internet mode is similar, but with a slightly brighter 149.1cd/m2 and mildly higher 960:1 contrast.

Then there are three more specific Game Modes that have their own separate quick menu, or you can also enable and customise them via the main menu. These are more varied than the general options, although all very bright, with Racing mode at 260.1cd/m2, FPS at 273cd/m2, and RTS close the maximum at 294.8cd/m2. However, whilst Racing mode keeps the contrast high at 950:1, FPS and RTS are lower at 670:1 and 650:1 respectively. Racing and FPS also use cool white points of 8000K and 8200K respectively. RTS is still cooler than average at 7400K. 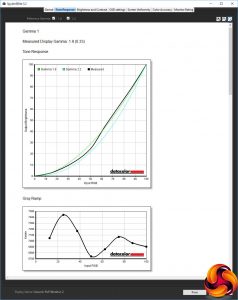 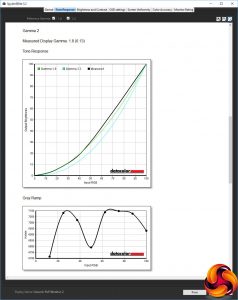 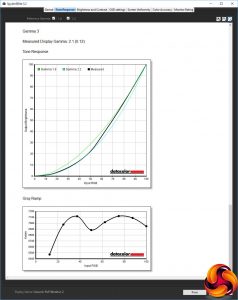 The CQ32G1’s three gamma options are a little odd, although we see a similar pattern with Iiyama’s screens. The default Gamma 1 equates to 1.9, which is a little low for a standard setting, and Gamma 2 is actually lower at 1.8. Gamma 3 is higher at 2.1. These are not terribly useful, as the range is not that great. You don’t see a lot of difference between the three of them. 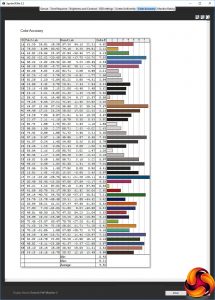 At its default settings, this screen provides a rather varied colour accuracy, with an average deviation of 4.52. This is actually not very good at all, and begs for calibration. So we fired up the Spyder again to see if we could improve things. 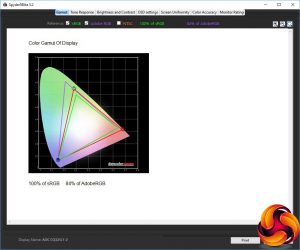 As is almost always the case, the gamut remains the same at an impressive 100 per cent sRGB and 84 per cent AdobeRGB. 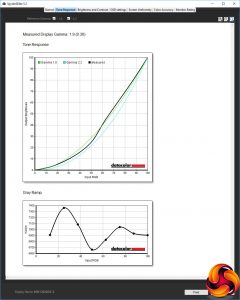 The default Gamma 1 also remains at the slightly low value of 1.9. 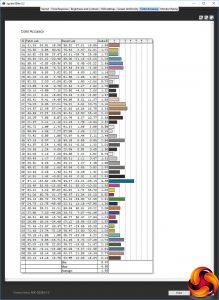 Fortunately, the colour accuracy has improved to a much more acceptable 1.95 average deviation. This is still not as impressive as Samsung’s C32HG70, but considerably better than the Iiyama G-MASTER G3266HS-B1. So here again for a price somewhere in between you’re getting performance somewhere in between too.

Overall, then, this is a decent performer. The slightly pointless gamma options notwithstanding, you can get a faithful output with calibration, and there’s a decent range of adjustability via the presets.

Since this is a gaming screen, our focus on subjective testing was in this area. We put this screen through its paces with CS:GO, Tom Clancy’s Rainbow Six Siege and Shadow Warrior 2, taking advantage of the 144Hz option and FreeSync with our AMD graphics (we didn’t have an NVIDIA card to hand to test the new option with this). The overall result was very enjoyable. The large screen size and mild curve made for a very immersive experience, and with CS:GO (which easily hit high frame rates on our hardware), the adaptable synchronisation did its job well to avoid any sense of tearing.