We performed the quality tests at the native 3,840 x 2,160 resolution in the default mode, after resetting the OSD, which uses a 60Hz refresh. Our test system was equipped with an AMD Radeon Vega Frontier Edition graphics card, which also supports FreeSync. 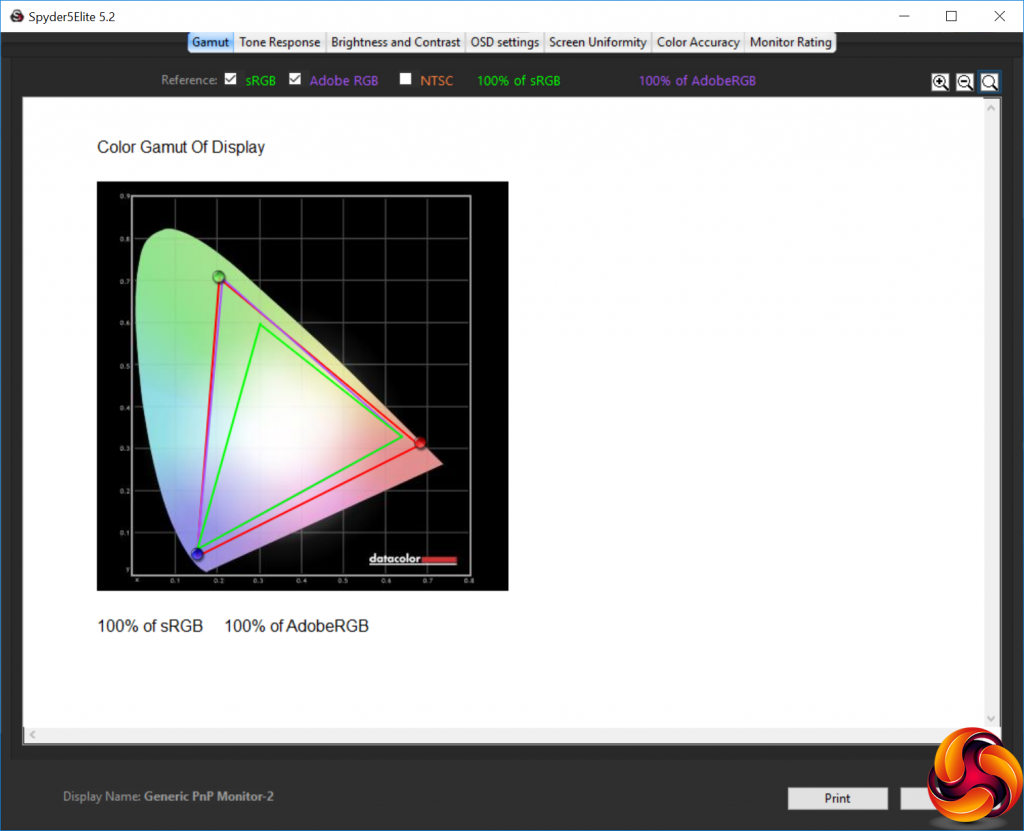 As you would expect from a screen this expensive and having the quality claims that it does, the panel will display 100 per cent of sRGB and 100 per cent of AdobeRGB, which is beyond any other monitor we have tested before. Unfortunately, the Spyder doesn’t support testing the other colour spaces that are mentioned – Rec.2020 and DCI-P3. 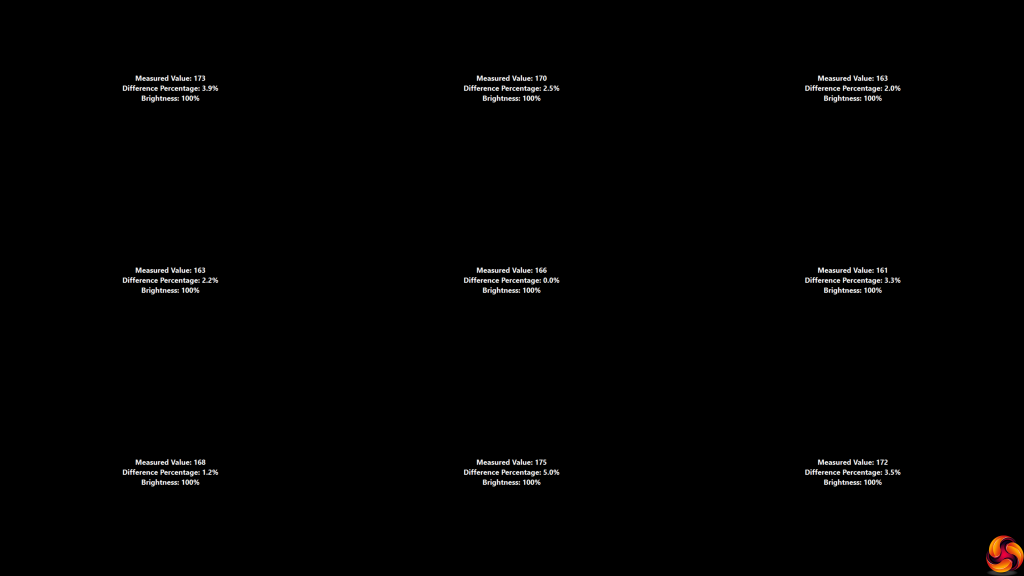 Brightness uniformity is also very good, with just a few per cent of variation beyond the centre. 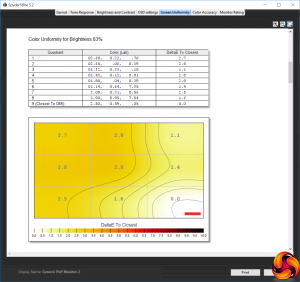 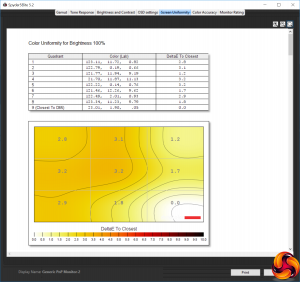 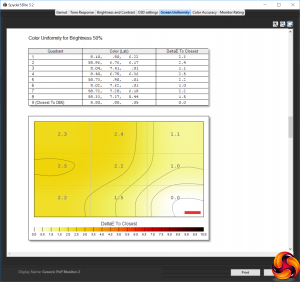 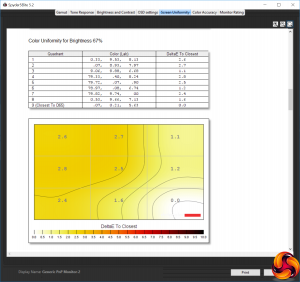 Colour uniformity is similarly excellent at all brightness levels. 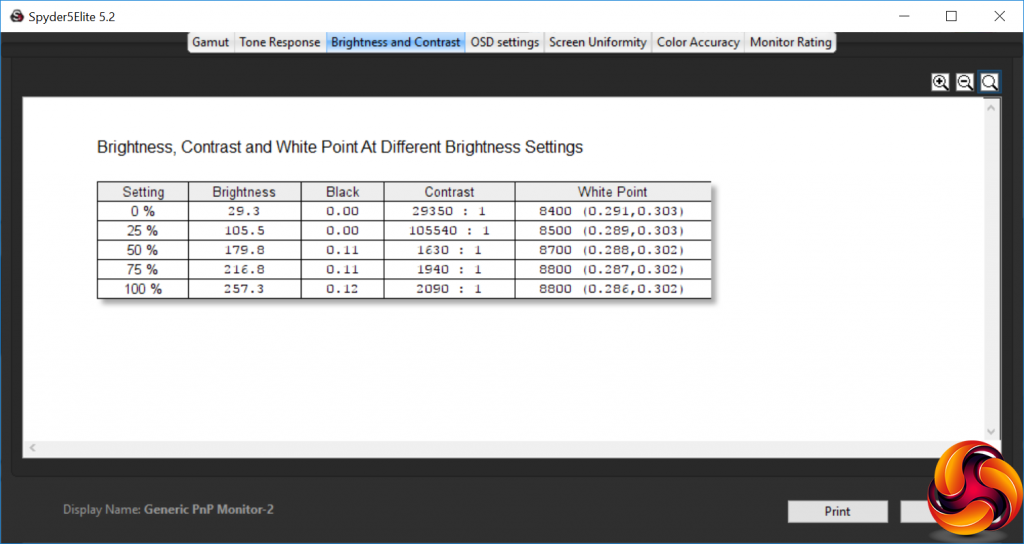 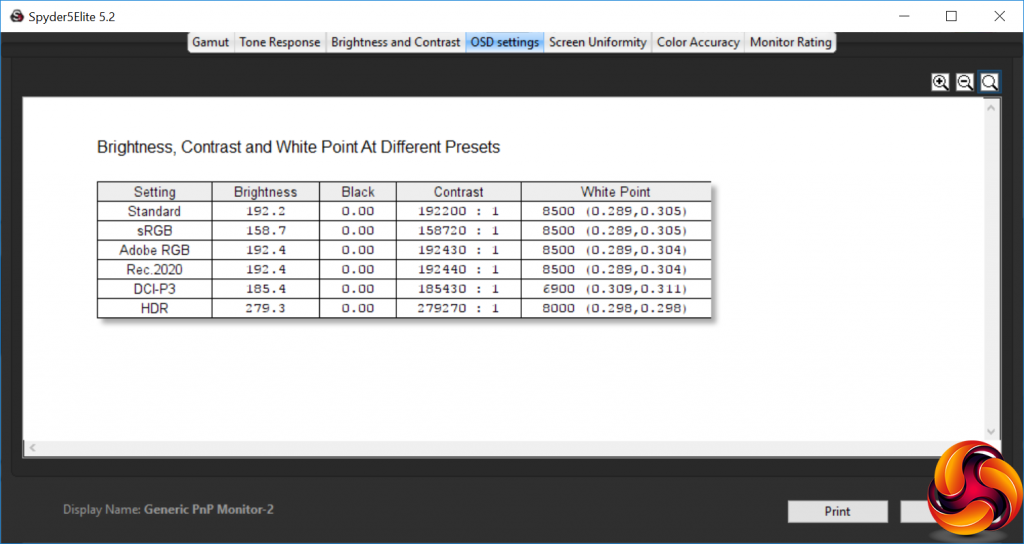 The OSD presets are different from other monitors we have tested, in that they are aimed at different professional colour spaces rather than consumer-oriented usage scenarios. These parallel types of production work you might use this for, such as creating HDR content or editing digital films, where Rec.2020 and DCI-P3 accuracy are a must. Dynamic contrast is clearly in action, since all these presets offer extremely high values, as well as black points that are completely black.

These presets are more about the colour space they enable than the factors measured here, but it’s reassuring to see proper black levels and very high contrast, which will pick out every nuance in detail. 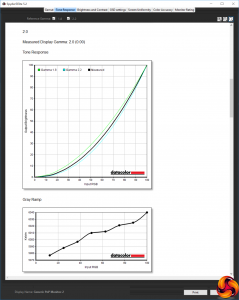 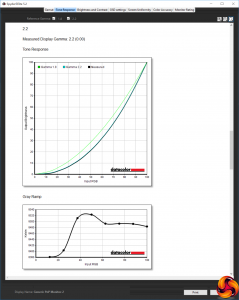 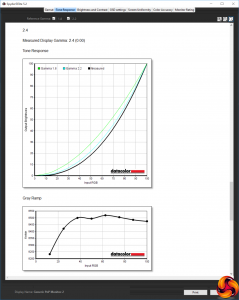 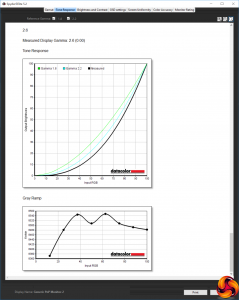 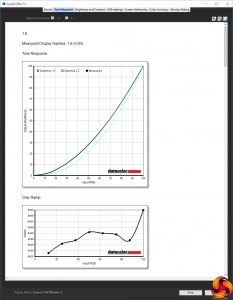 Another feature that is hardly a shock from a two-grand monitor is that all of the gamma presets provide exactly the values they are labelled with, and have no aberration at all. If you’re doing high-end image work, you will want your screen to be absolutely predictable, and if you have more than one of them, you will want them to behave in exactly the same way to maintain a level playing field, as different people make adjustments during the workflow. 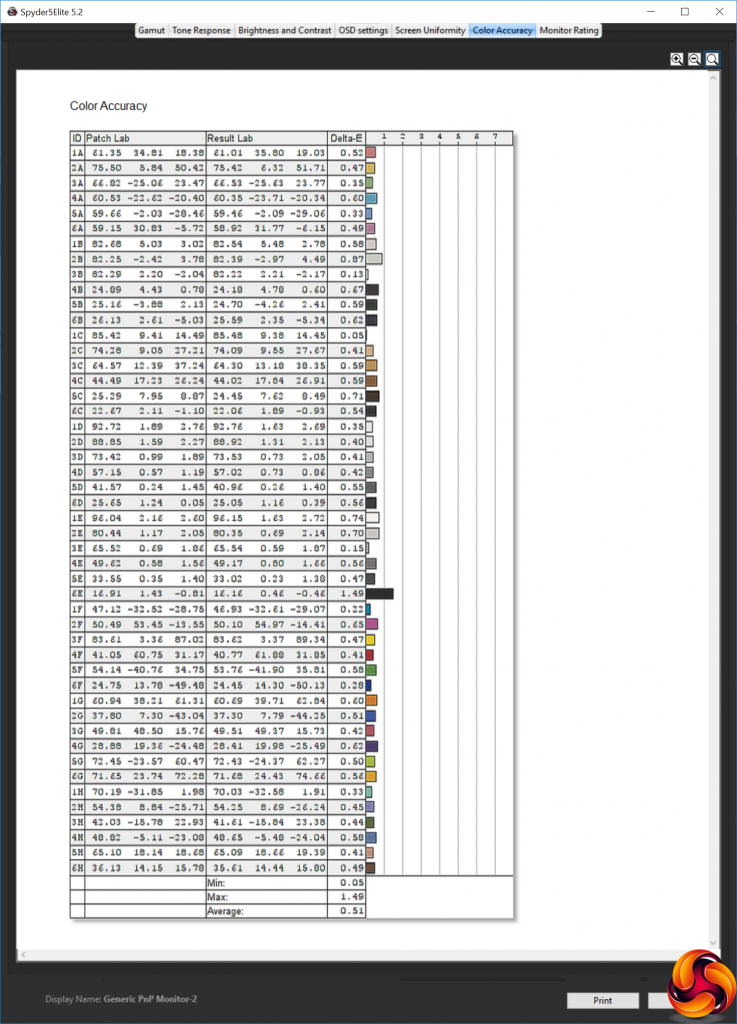 When you’ve paid so much for a screen, you would ask for your money back if it didn’t offer decent colour accuracy. Fortunately, the PA32UC goes well beyond that. In fact, this is the most colour-accurate screen we have ever tested, with an average deviation of just 0.51. Virtually every colour will be exactly what it should be.

Although this screen comes factory calibrated to an amazingly high level, we still had to see if we could improve things further with our own calibration, using the Spyder – not the X-Rite system that has been included. 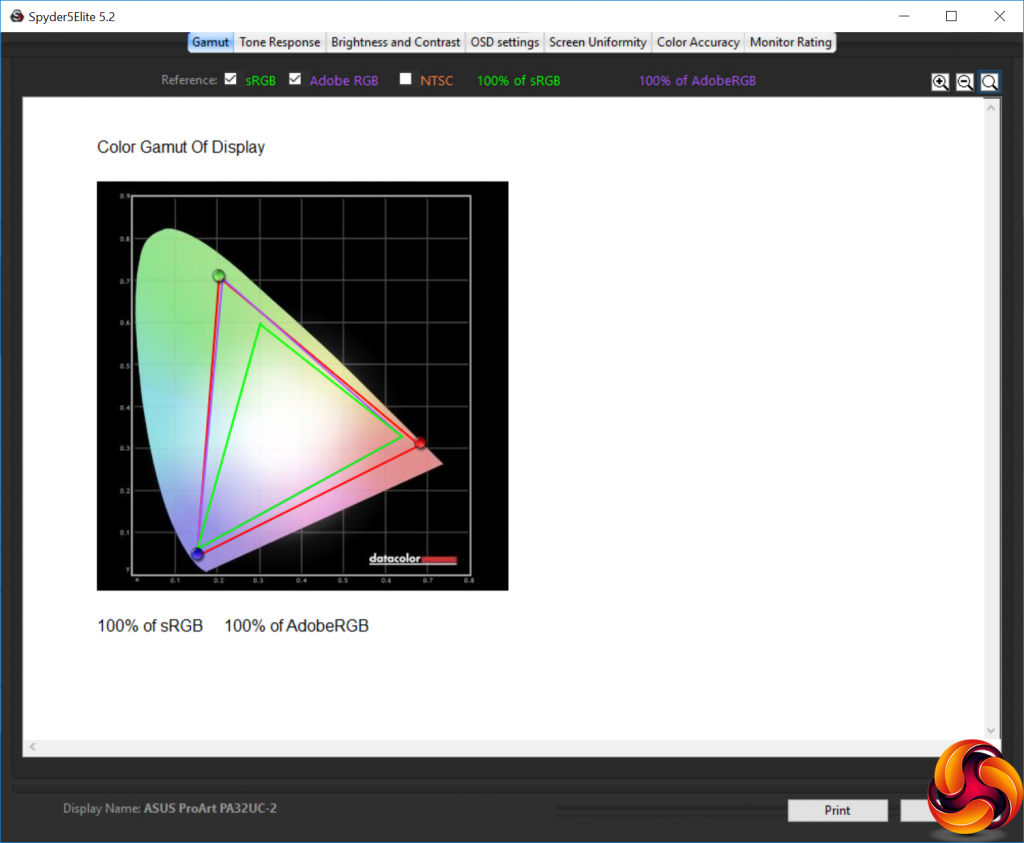 The gamut hasn’t changed, as usual. It’s still an amazing 100 per cent in both sRGB and AdobeRGB. 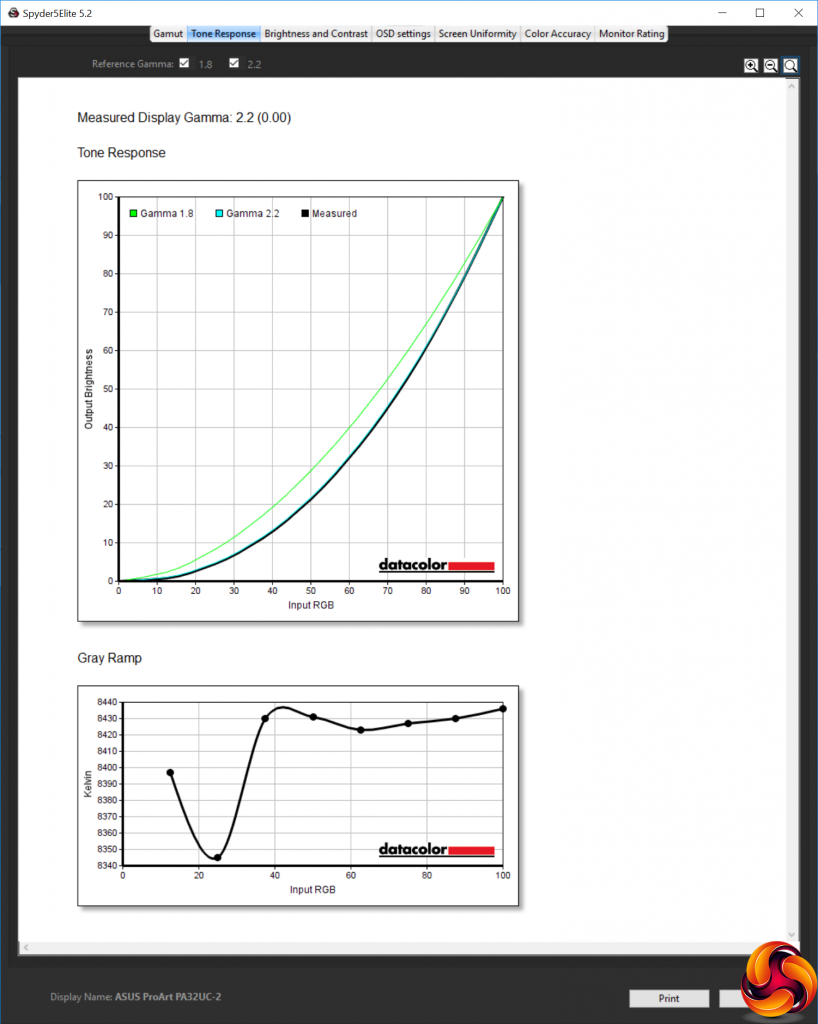 We only retested the gamma on the default 2.2 setting, and this remained spot on the 2.2 curve it was meant to be. 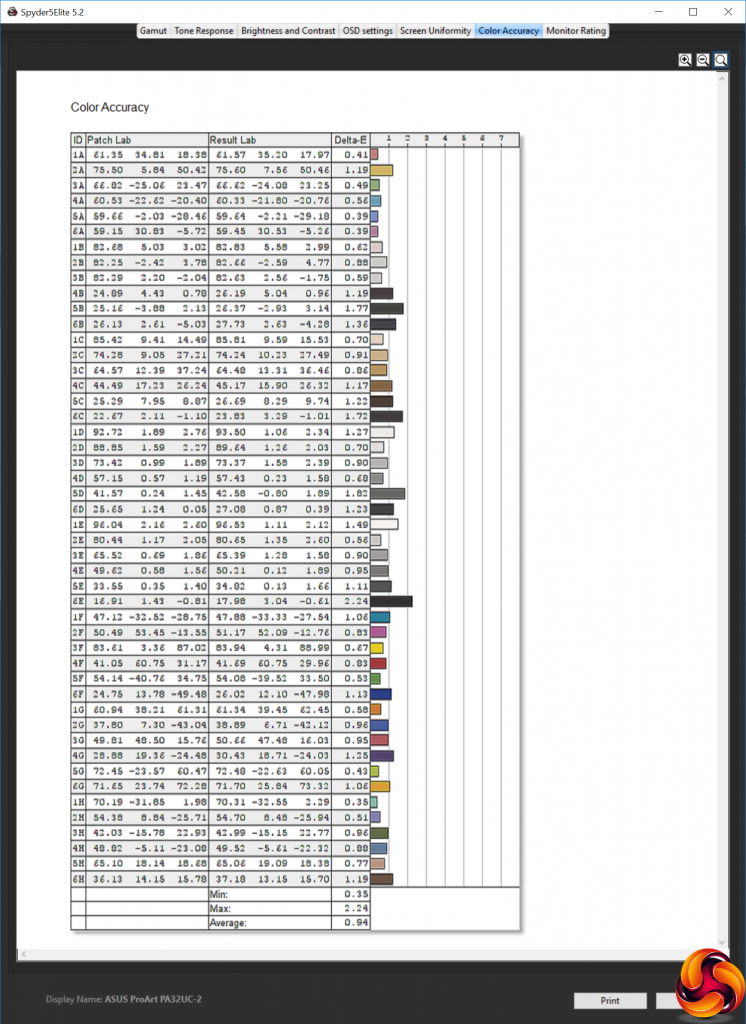 As we usually find with factory-calibrated screens, our attempts at calibration have actually made things worse. The score is still excellent at 0.94 average deviation, but our advice would be not to bother, unless you’re using the bundled X-Rite system to calibrate the screen in a particular way for your production scenario.

Overall, the PA32UC provides the best image quality we have seen in a monitor. You really would hope so for this price, but it’s still reassuring that this screen excels in this most important factor for the intended user.