HDTVs have been around long enough to become a staple in the living room of a contemporary family, so with people far less interested in 3D technology than manufacturers no doubt hoped, 4K resolution sets are beginning to appear. You’ll still be paying through the nose for them, but as more manufacturers bring their UltraHD TVs to market, those figures will tumble. The next likely to appear is Sharp’s 60″ offering, set to arrive some time in February next year.

Known as the “Integrated Cognitive Creation,” (or by its product number, LC-60HQ10) the 60″ LCD display has already been previewed at CES early in 2012, but for the first time will go on sale early in 2013. With a resolution of 3,840,2,160 pixels, it offers much more detail than current HD 1080p TVs and even a lot more than Apple’s famed retina displays. According to Engadget, it’s also the first 4K display to feature THX certification.

With a price tag over $31,000 (£19,000), Sharp is building these to order as no doubt it won’t be expecting many to be sold. However, considering this design is almost a year old at this point, CES 2013 is likely to hold some much more cost effective systems.

Let’s just hope they don’t take another year to release.

KitGuru Says:  That said, it’s not like there’s any easily watchable media out there that can take advantage of 4K resolution displays. Unless you manage to get hold of an Imax rip or something.

Previous Samsung takes its opportunity to mock Apple Maps
Next Have a Black Edition Christmas with AMD – win FX8350’s! 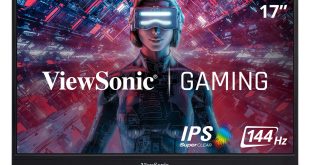